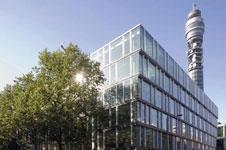 He will take on the role after Chris Odom retires on 1 February 2010 after 22 years in the role.

Before working at Treveria, Wisniewski spent 13 years at real estate company Chelsfield, first as head of finance and from 2003 as group finance director. He also worked at Stanhope and Ernst & Young where he qualified as an accountant in 1986.