The firm behind Newcastle’s tallest building has acquired a quayside oil depot for its latest development.

High Street Residential has bought former Bretts Oils depot on Gateshead Quayside, in the middle of the city.

The developer is liaising with the local planning authority with a view to getting permission for around 250 apartments for the private rented sector (PRS).

Newcastle-based High Street Residential has a string of PRS projects with a gross development value of over £600m.

The projects will see over 3,000 apartments built across sites in Newcastle, Birmingham, Mancester, Salford, Milton Keynes and Warrington.

Construction of the 27-storey Hadrian’s Tower began in 2017 by contractor Tolent, with 162 apartments set to occupy Newcastle’s biggest building. 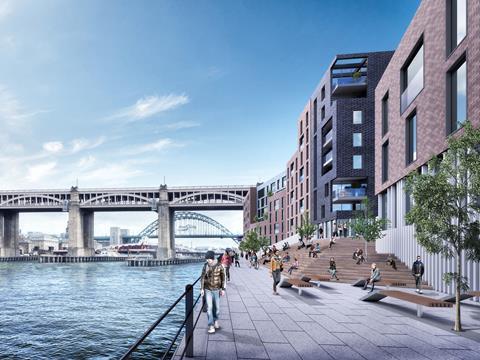