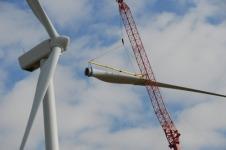 Hochtief, Siemens and RES Group among those to sign government agreements to take proposals through planning

A raft of energy developers have been named as the successful bidders for the latest nine offshore wind power plants to be brought forward by the government.

The development consortiums, which include construction and engineering firms Hochtief, Siemens and the RES Group, have signed exclusive Zone Development Agreements with The Crown Estate to take the proposals through the planning and consenting phase.

The Crown Estate has responsibility for renewable energy in UK waters, and the latest contracts are the third round of schemes to be brought forward.

The move is part of the government’s bid to see 20% of energy from low-carbon sources by 2020.

He added: “Our policies in support of offshore wind energy have already put us ahead of every other country in the world. This new round of licences provides a substantial new platform for investing in UK industrial capacity.

Climate secretary Ed Miliband said: “Our island has one of the best wind energy resources in Europe and today’s news shows we’re creating the right conditions for the energy industry to invest in harnessing it. This is one of the strongest signals yet that the UK is locked irreversibly into a low carbon, energy secure prosperous future.”

The Crown Estate said offshore wind developers were claiming to be able to deliver 32 gigawatts of power through offshore wind farms – a quarter of the UK’s energy requirement.

The Crown Estate is to hold a series of supply chain events across the UK in January, February and March to support the delivery of this growth industry.