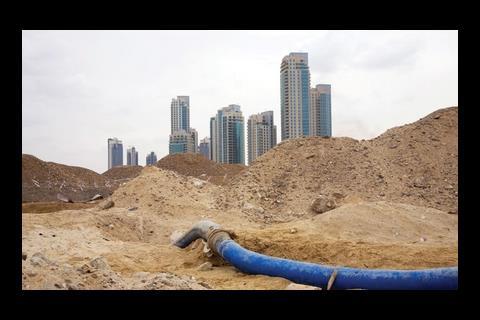 Development has slowed in Dubai since late last year 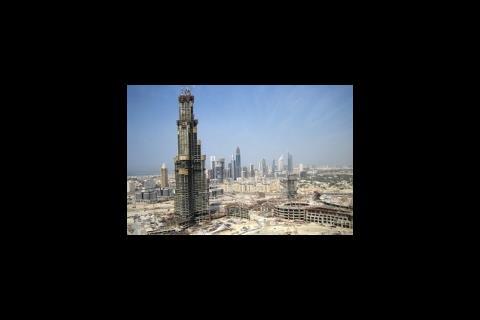 Claims expected to triple this year, as payment problems continue for UK contractors

The system for dealing with contract disputes in Dubai is struggling to cope under a £3bn mountain of construction claims, as UK firms continue to encounter difficulties in getting paid for work in the emirate.

The body that organises adjudication in disputes, the Dubai International Arbitration Centre (DIAC), is facing a three-fold increase in its case load this year because of disputes, following the cancellation of hundreds of projects, Building can reveal.

Last year the body, which employs just six case workers, dealt with 100 disputes. However, this year it has already had 180 new cases on its books since 1 January. Sharon Stultz-Karim, case manager at the body, said: “We’re expecting about 300 by the end of the year,” adding it was seeking another two case workers to deal with the influx.

She said: “We’re coping as best we can.” Stultz-Karim estimated the value of the arbitration still pending to be 18bn dirhams (about £3bn), with one case having a claim of 10bn dirhams. She said 80% of the claims were construction disputes, with the bulk of the rest involving real estate.

UK construction firms are owed millions by clients in the UAE. The Association of Consulting Engineers has said that its members alone are owed at least £400m. Firms including WSP and Atkins are among those who have admitted they are owed money in the region.

UK lawyers said they were concerned the body would not be able to cope with the influx, leading to long delays as firms try to claw back fees owed to them. One said: “What’s clear is that the body is swamped.”

Andrew Mellor, operational director at the Dubai branch of UK dispute resolution firm Driver Consult said: “I doubt whether Dubai will have the experts to cope with a 300-case workload.” He added that disputes resolution experts in Dubai were “on the brink of a huge rise in arbitration workload”.

Joseph Huse, registrar of the DIFC-LCIA Arbitration centre, which deals with disputes involving parties based offshore, said: “Dubai has jumped from being a highly non-litigious society to the opposite.”