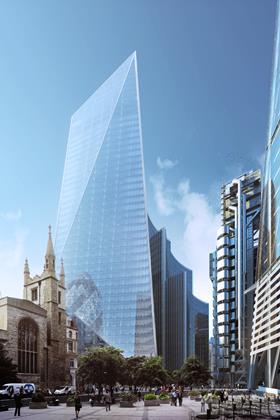 EC Harris and Arup have won roles on the new Kohn Pedersen Fox-designed 35-storey ‘Scalpel’ tower in the City of London for US insurance firm WR Berkley.

EC Harris will be QS on the new tower on the site of 52-54 Lime Street in the City, and Arup will be structural engineer.

The tower, which will be home to WR Berkley’s European HQ, is planned to be 190m tall, consisting of 35 floors of offices above ground and mezzanine levels with an additional two basement and two roof plant levels. The entrances to the building would be on Leadenhall Street and from a new public square.