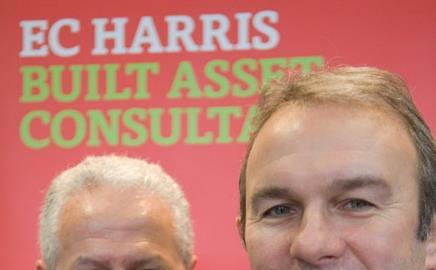 EC Harris will reposition its business in an attempt to increase turnover by 50% by 2011.

The consultant plans to reduce its reliance on fee income and boost revenue from profit-sharing deals with clients. It hopes the move will increase turnover from £267m to £400m.

Philip Youell, chief executive, said: “There is a growing pressure to deliver profit in a way that goes beyond providing good services. Clients want partners to take a stake in the game.”

As a result, the company will form more joint ventures and partnerships in areas such as strategic consultancy and asset and facilities management.

The turnover contribution of profit-sharing deals is expected to increase from 10% to 40% and Youell said margins could double under such schemes. In the year ended 30 April 2008 the company made a margin of 13.5% and pre-tax profit of £36.2m.

Next week the company will unveil a new brand to coincide with the rethink. Its new company slogan will be “Built asset consultancy”.

David Sparrow, head of client solutions, said the corporate real estate, retail, and industry sectors were particularly open to the new model. He said: “Taking a stake in the life-cycle of built assets means we will increasingly move onto the patch of companies like CB Richard Ellis, Jones Lang LaSalle and DTZ.”

The company said it will look at acquiring specialist companies as part of its growth plan.