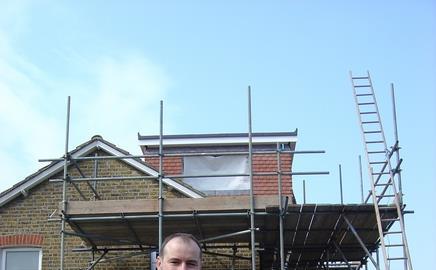 The founder of an eco-refurbishment firm has been named the Do-It-Yourself champion at this year’s Observer Ethical Awards.

Russell Smith has upgraded a Victorian house in Carshalton, which has already achieved a 75% reduction in CO2 emissions and a 60% reduction in energy usage. Over 1,000 people have visited the house since the scheme started.

The prize, awarded last week, adds to the gong he won at the Building Sustainability Awards last year in the 99% Refurbishment category.

Smith said: “The real success of our Eco Renovation demonstration project is that it proves that anyone can ‘green their home’ as we chose a very hard house to convert.”

The judges of the Observer awards panel said: “Russell and his company Parity Projects stood out from all the other nominations for their new way of engaging with the public, giving them the tools to reduce their house’s carbon footprint in an innovative and inspiring way.”

Video footage on Smith's project will feature at next month's Sustainability Now event on 1 and 2 July. To register for this free event go to