Public building programmes, including the revamp of the Palace of Westminster, face weeks of delays 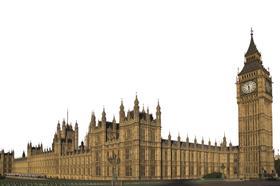 A number of public building programmes including the revamp of the Palace of Westminster face weeks of limbo because of the upcoming general election.

Other projects facing potential delays include the new-build prison programme, while housebuilders are bracing themselves for a slowdown in sales.

Since Theresa May’s decision to call an election on 8 June, contractors have been combing through their order books to work out which schemes might get stalled.

A source close to the bidding for the £1.3bn prisons programme said it was likely to be delayed, as contractor interviews had been scheduled for 8-9 June.

“The most immediate impact for most of us in the construction sector will be procurement decisions being delayed due to purdah,” Mark Castle, deputy chief operating officer at Mace, said.

“I’m sure that many of us will have been reviewing our pipeline since the announcement to determine which potential wins will be pushed back and what that means.”

A team featuring Mace is one of the firms chasing the programme, project and cost management role on the £4bn revamp of the grade I-listed Palace of Westminster. MPs and peers are due to vote on the proposal to move out while work takes place, although no date for a debate had been decided before May called the snap election.

Speaking about the hiatus in schemes caused by an election, Rachel Coleman, senior research analyst at consultant Alinea, added: “The key point is that there will be increased uncertainty in the very short term and a significant distraction to everyday business.

“But this could lead to greater political clarity in the longer term - assuming that the election achieves a Conservative government for the next five years and not another shock.”

And Arcadis’ head of education Marcus Fagent said: “The recurring impacts of elections are a short term paralysis of decision-making, and longer term uncertainty with respect to policy.”

Meanwhile Kevin Cammack, analyst at Cenkos Securities, said the timing of the election was of “no help to housebuilders” as historically housing sales slow in the run-up to any election, which will roll into the quiet summer period. He added: “A level of activity [in the housing sector] may be lost altogether.”

Opinion polls point to a thumping Tory majority but Gleeds chairman Richard Steer said he had seen nothing from the May government to say it was mindful of construction’s needs in the impending Brexit negotiations with the EU.

He added: “I am not confident that a strong, confident Conservative government, buoyed by the sugar rush of a big win at the polls, will care to listen to the needs of the UK construction sector, which they have ignored to date.

“The UK has been a gold standard market as far as construction and property are concerned but the certainty of having a new government will be eclipsed by the uncertainty over the EU negotiations and how they will affect us, which will remain.”.

Phil Wade, operations director at Silvertown developer First Base, said: “We hope that all political parties will use the general election to re-affirm the commitment to modernising the construction industry and addressing our skills shortage.

“The new government must use their new mandate to practically support the objectives of the recent housing white paper and make a real difference for the long term”.