Election is ‘chance for a better Brexit’ 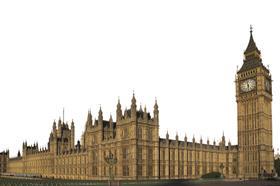 Construction leaders have urged the sector to seize its chance to make the case for a better Brexit during the forthcoming election campaign, after Theresa May fired the starting gun for a snap poll on 8 June.

The political parties’ competing visions for Brexit will dominate the debate over the next seven weeks, with issues crucial to the future health of the sector – including the levels of European immigration and access to the single market – up for grabs.

The Conservatives, who go into the campaign with a commanding lead in opinion polls, are likely to stick to their guns on a “hard Brexit”, with a probable end to free movement in and out of Europe and reduced access to the single market.

Meanwhile Labour and the Liberal Democrats plan to campaign for a softer Brexit and greater access to European markets.

In Scotland, the SNP is set to amplify its calls for a Scottish independence referendum in the hope of remaining in or rejoining the EU as an independent state.

Former building regulations minister Lord Stunell, a Liberal Democrat peer who supports Building’s Better Brexit campaign, said: “The election is a real opportunity in a non-partisan way to make the candidates understand that without a healthy and expanding construction industry, they cannot deliver the promises they will be making on houses, schools and infrastructure. Now more than ever we need to make a closely reasoned and argued case for construction’s interests not to be bypassed in the Brexit process.”

Richard Steer, chairman of consultant Gleeds Worldwide, said: “The core issues of training, labour shortage and client confidence will not be solved during a seven-week election campaign, but we want them to be front and centre of any new government’s policy platform once they are elected.”

Steer called on the wider industry to give its support to the Building a Better Brexit campaign ahead of the general election campaign.

The manifesto sets out eight demands for the next government and three industry pledges for self-improvement. The demands cover areas of concern, including skills, material costs, pipelines and procurement.

Individual signatories include Mark Farmer, founding director of consultant Cast and author of the government-commissioned report on the sector Modernise or Die.

This week Farmer called on the political parties to set out a positive case to construction: “I hope to see […] manifestos that adequately reflect the importance of the construction industry’s welfare and future modernisation as part of its contribution to UK plc.”