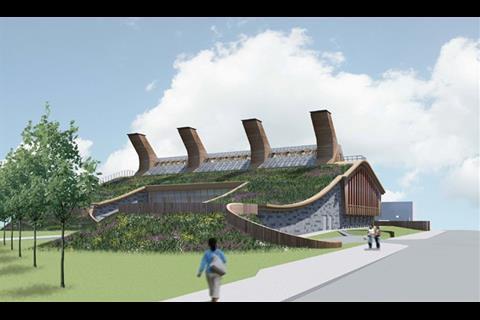 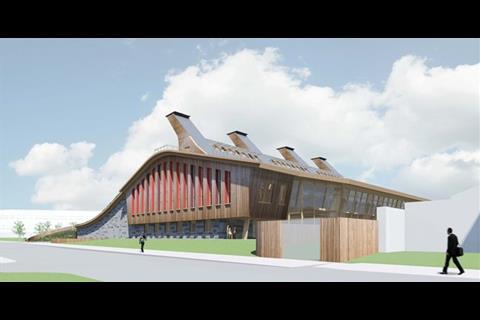 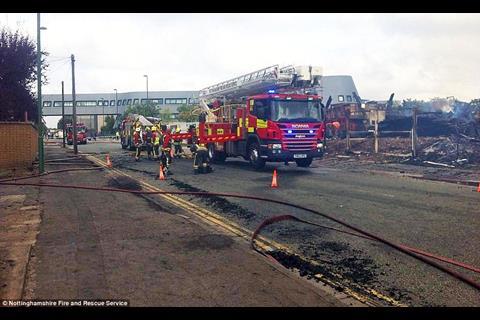 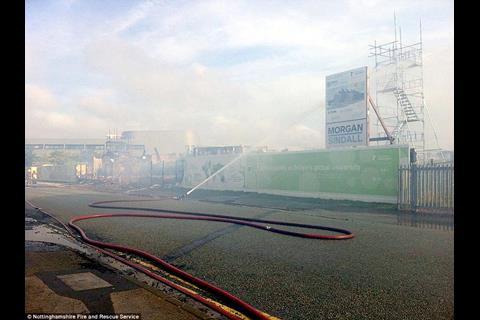 An official report into a huge fire that destroyed Nottingham University’s under-construction GlaxoSmithKline building has found that an electrical fault was most likely to blame.

The report, published by Nottinghamshire Fire & Rescue Service, validated the design and construction approach for the structure, and also found contractor Morgan Sindall had complied with all relevant health & safety legislation.

A Morgan Sindall spokeswoman said the firm was  “proactively working” with the Health and Safety Executive and other partners to identify any further areas for industry learning from the ffire.

“The rebuilding work, which has already commenced, is based on the same design principles as before and outwardly the building will be indistinguishable from the original design,” she said.

“Although the building design has always been fully-compliant with industry guidelines, we will be adhering to the updated guidance relating to the erection of timber framed structures which was issued by the Structural Timber Frame Association in November 2014.

“The original dedicated Morgan Sindall project team is delighted to be undertaking the rebuild with the same sub-contractors, who are all committed to seeing the new building successfully delivered.”