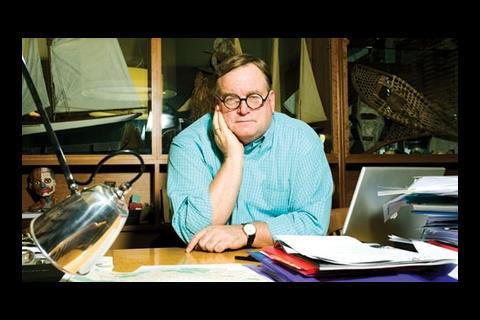 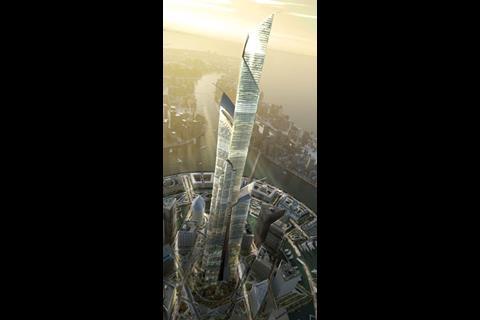 In the rush to modernise the Middle East are we losing sight of the region’s history and culture? Architect Eric Kuhne thinks so – which is why he wants to build a metropolis inspired by Arabian tradition.

Eric Kuhne is a man on a mission. “Architecture is the new diplomacy in the Middle East,” says the renowned Texan architect. When we meet in his London HQ, from where he is putting the finishing touches to the City of Silk project in Kuwait, complete with a 1km-high tower, he sets out an intriguing philosophy for Middle Eastern architecture.

Although he does not claim to be able to bring peace to the region by building yet another world’s tallest building, his insight into how communities should be created has a strong humanitarian message. “If we make people trade and communicate with each other, tolerance and diversity grow. We need to restore the very fabric of communities,” is how he defines his vision.

Kuhne has a serious track record in the UK. He designed the Bluewater shopping centre and is working on the masterplan for Land Secs’ 5,000-home new town in a former quarry at Ebbsfleet in Kent. Yet 57-year-old Kuhne also knows the Arab world well, since he got his first commission there after the developer of the BurJuman shopping centre, Majid Al Ghurair, visited Bluewater. He has now been involved in the region for over a decade and is passionate about its past, present and future.

Behind the stern gaze and academically sharp mind is a man who tirelessly evangelises about the need to respect the importance of community in development. “We need to rebuild the social fabric of people’s lives, locate amenities near where people live and allow them to interact with one another in a real community environment. Not make them drive to a mall, school or a hospital just to manage their day-to-day lives,” he says.

It’s impossible not to warm to Kuhne’s ideas, so convincing are his arguments. And so disarming is his passion. With hands waving in the air, he says developers in the Gulf have long embraced modernity with ideas borrowed directly from Western architecture. The Gulf building culture is not shy of superlatives – the world’s tallest, largest, most modern, most amazing. But Kuhne regrets that in the breathless race to modernise, the culture of the Middle East, its history, arts and science, has been forgotten.

So he came up with the idea of the City of Silk or Madinat al-Hareer in Arabic – a $58bn (£33.6bn) Kuwaiti metropolis inspired by Arabian heritage and culture. Launched in 2005, the scheme was due on site at the end of the year, but it has been reported that it could be delayed by three years.

Kuhne says this is an exaggeration. “It’s not moving at the speed we thought, but the work we are doing now is essential to the long-term success of the project.” He points out that the enabling works have started and adds that the project is being held up in part because the government is in the process of setting up mechanisms to facilitate the “sheer volume of foreign investment in the scheme”. This suggests that the project is not adversely affected by the global economic situation.

“The vision of the City of Silk is not based on investors’ views about what a city should be but on building a stronger local economy while taking inspiration from the region's past,” he says. He explains the concept by sketching elaborate structures on a piece of paper as he talks.

Kuhne is a student of history and the cultural heritage of the Middle East, and the idea of the City of Silk is based on recreating the region’s famous silk routes. At the heart of the city will be a 1,001m skyscraper, the Burj Mubarak al-Kabir. But Kuhne says he didn't want to build just another skyscraper. This tower is inspired by the One Thousand and One Nights and will have 234 floors – representing the 234 stories in the book.

At the top of the tower there will be four places of worship – mosque, synagogue, church and a place for other faiths. It’s a unique concept in the Middle East and many think it a brave move in the conservative Wahabi-Muslim dominated Gulf. Kuhne sees the tower as a meeting point of cultures. “Instead of a city that’s just another soulless copy of European or North American symbols of modernity, we wanted to draw inspiration from Arabic culture and celebrate the region’s diversity. The tower is a symbol of tolerance.”

We have to care about our environment. It’s insane to build without the idea of sustainability.

The project will also contain four city hubs. The first is City of Commerce, the business district of the new city, a bit like Wall Street or the City of London. The second is called the City of Leisure. “It lies next to the river delta and river water is used to develop the banks for leisure,” Kuhne says. It will also include an athletics and entertainment centre, as well as a media city.

The third hub will be the home of the Diplomatic Cultural Centre, where higher education institutions will be located. It will also house cultural and performing arts venues as well as act as a centre for archaeology. The fourth is called Ecology City, planned as a wildlife refuge with a desert reclamation scheme and an ecology centre.

Kuhne is also involved with the $60bn (£34.9bn) Dubai-based Mohammed bin Rashid Gardens, a development dubbed one of world’s most ambitious urban projects. Kuhne is not shy of using his share of superlatives when describing it. “The project is the most unique in the Middle East. There is a scarcity of water in these desert countries so water is the lifeblood of the public gardens. Water from four different sources will be pumped through a network of canals, pools and 150km of waterways.”

The use of water in Islamic architecture is an age-old concept. “Middle Eastern architects were inspired by an ancient cosmological model of the universe – it consisted of four quarters divided by two rivers. Canals and pools were key elements to the designs,” Kuhne says.

He says his greatest inspiration is his parents who taught him the importance of respecting other cultures and made him want to study and learn more. “We always had books, they were like adventures for us. It was these stories from all over the world that taught us to respect other people's way of life,” he says. This early influence lives on: today his office walls are adorned with thousands of volumes.

Kuhne talks about his favourite buildings in the Gulf with great animation, the words spilling out, punctuated by the odd reflective pause, then pouring forth once more. “The landscape and the swimming pool at the Royal Mirage in Dubai stand out, both in quality and design,” he says and continues with the same breath: “I dislike vulgar European and North American coloured, mirrored glass buildings; they look cheap and insubstantial.”

But aside from aesthetic achievement, many developers in the region have been criticised for not understanding the true ecology of the Middle East, for wasting valuable raw materials and designing unsustainable buildings. Kuhne admits that Gulf developers have been slow to catch on. “We have to care about our environment – it’s insane to build without the idea of sustainability,” he says.

But too great a focus on sustainability risks reducing people’s quality of life. Kuhne worries that too many spaces in modern Gulf cities have no soul. “When a property becomes more of an investment than a building for people to live or work in, it’s terrifying. Great leaders and their people in the past used to build for a reason.”

In true Gulf-style speak, he uses one more superlative. “After all – the city is the greatest piece of art there ever is.”

For more on the world’s tallest buildings go to www.building.co.uk/global