Scheme sparked uproar for its proposed demolition of historic buildings 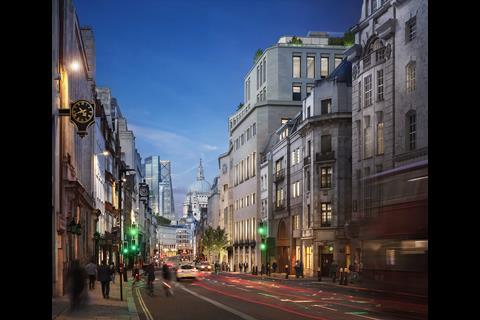 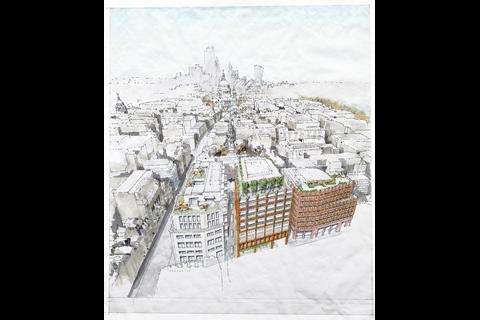 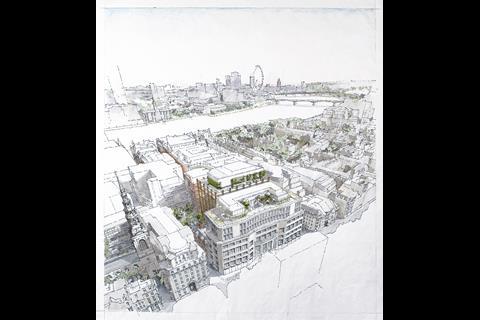 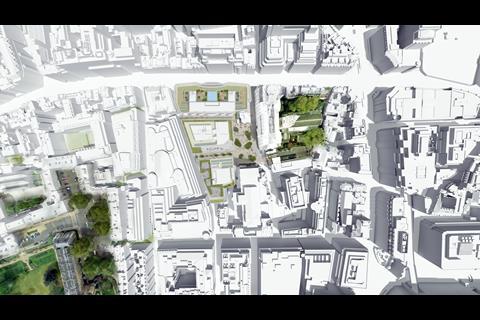 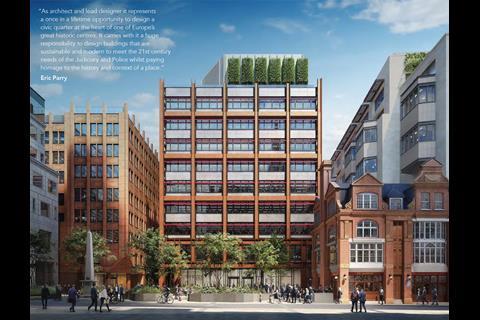 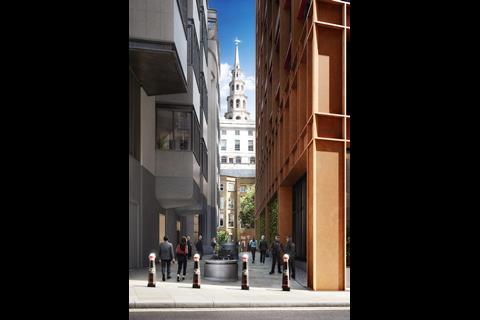 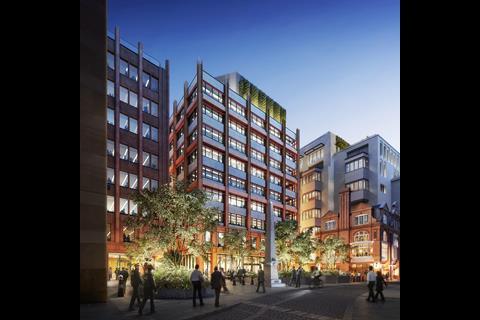 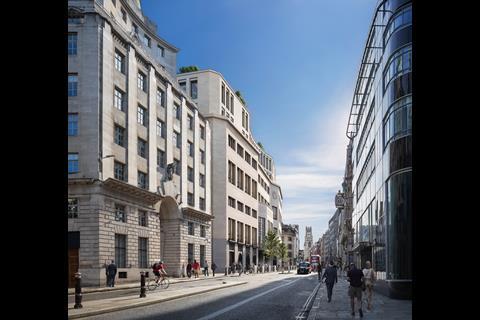 Fleet Street looking west. The first building on the left is an existing building that is not part of the scheme. Opposite is the art deco Daily Express building 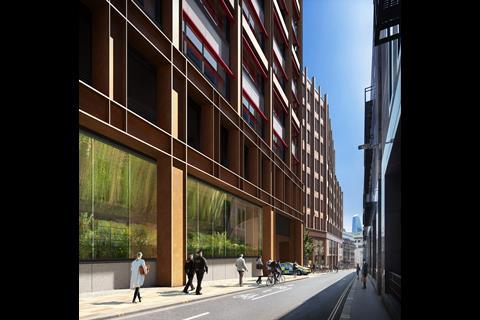 Eric Parry Architects’ proposals for a £170m judicial complex in the City of London have been given the green light.

The development, which will replace an entire city block in a conservation area between Whitefriars Street and Salisbury Court on the south side of Fleet Street, will include a new headquarters for City of London Police, a courts complex and a commercial building to help fund the project.

Parry was appointed in January 2019, with the team, which includes Raymond Smith Partnership and Feilden & Mawson Architects, beating RHSP, AHMM, Allies & Morrison, Bennetts Associates and Hawkins Brown to the job.

The City claimed it needs the so-called “Justice Quarter” to maintain its competitiveness as a global centre for business, law and justice. All its courts aside from the Old Bailey will move into the 18-courtroom judicial building, including City of London Magistrates at Bank.

City of London Police have also complained that the various buildings the force occupies are inconvenient and expensive to maintain.

The site is opposite the grade II-listed Olde Cheshire Cheese pub, parts of which date from the 13th century, and about 25m west of Wren’s grade I-listed St Bride’s, known as the journalists’ church.

Parry’s linked seven-, eight- and 10-storey development centres on the demolition of Fleetbank House, a sprawling 11-storey 1964 landscraper with elevations on Fleet Street, Whitefriars Street and Salisbury Square. It was granted immunity from listing in July last year, as were several of the other buildings facing demolition.

Among the other buildings that will go is Chronicle House at 72-78 Fleet Street, a handsome Portland stone and cast concrete building in stripped-back classical style. It was purpose-designed in 1924 by Hebert, Ellis & Clarke for the Daily Chronicle, once Britain’s best-selling newspaper.

Its neighbour, 80-81 Fleet Street, a neo-baroque bank building of the same age and designed by architects CJ Dawson, Son and Allardyce, is also to be demolished.

Both buildings have been noted by the City as making positive contributions to the overall character of the Fleet Street conservation area and were recommended for listing by the Twentieth Century Society last year.

Also for the chop are the Hack & Hop pub and its neighbour on Whitefriars Street, plus 8 Salisbury Court and 1 Salisbury Square. The square, a historic remnant of the area’s historic street pattern, will be enlarged and the Waithman obelisk, a listed memorial to a reforming 19th-century politician, will be reconstructed and relocated.

Save Britain’s Heritage has written to communities secretary Robert Jenrick asking him to call in the scheme for national determination, pointing out that “every frontage is etched in photographs and film recordings of State events for a century and more”.

Director Henrietta Billings said: “Fleet Street is famous for its rich newspaper history, as well as its largely well-preserved streets and alleyways and medieval street pattern. Large scale demolition-creep of this kind is crass and short-sighted in any location - let alone in a so-called conservation area.”