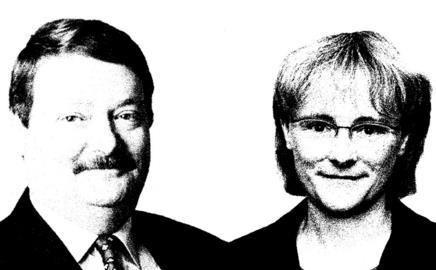 Neil Bellis and Lucy Cummings, the founders of property services consultant Erinaceous, will receive a combined pay-off of £736,000 after resigning from the beleaguered company’s board this week.

Activist shareholder Fursa, which last week warned it would take legal action against the board if it agreed to an excessive pay-off, is understood to have sanctioned the figure.

Erinaceous said Fursa had withdrawn a request for an extraordinary general meeting, which the US hedge fund had called to oust Bellis and Cummings, who are brother and sister-in-law.

Erinaceous declined to comment on the package but said the pair had been paid in line with contractual obligations.

Nigel Turnbull, Erinaceous’ chairman, said: “I’m pleased that the issues raised by the shareholders’ extraordinary general meeting requisition have been addressed satisfactorily. The board’s focus now is to complete the strategic review announced at the interim results.”

The strategic review, being carried out by Close Brothers and KPMG, is due to be handed to the board next week.

Although Fursa has said it is not interested in selling what it called “the family jewels”, the review is likely to recommend disposals to cut the firm’s £168m debt.

Last month Vincent Tchenguiz’s Consensus Business Group (CBG) walked away from talks to buy Erinaceous. CBG is thought to have been eyeing the property management companies, which the City believes Fursa is keen to retain in the short term.