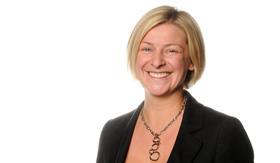 Former Wates Residential managing director Joanne Jamieson has been appointed to head up the North and Midlands operation of housebuilder and refurb specialist United Living.

Jamieson (pictured) had been with Wates in a variety of roles since 1997 and replaces Charlie Dunn, who ran United Living’s North and Midlands division for three years.

“We’ve tasked [Jamieson] to further build on the refurbishment and new build work that we’ve been delivering in the Midlands and North for our current housing association clients.”

Last year United Living, which was formed via the merger of Bullock Construction and United House in September 2014, reported pre-tax profit of £6.4m on turnover of £181m.