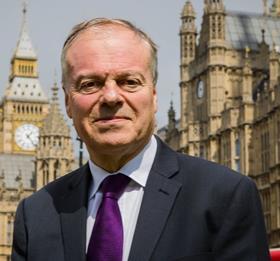 The government’s fear of financial liability for the hundreds of tower blocks clad with combustible material has made it “slow” to amend the regulations that led to the situation, according to an influential MP.

The government has, since shortly after last year’s blaze at Grenfell Tower, maintained that building regulations guidance at the time required cladding panels to be of limited combustibility, a point disputed by many in the industry.

“The £400m may pay for local authority ACM, but what about the private sector blocks?”

Betts (pictured) was speaking in the wake of the publication of expert reports into the fire for the public inquiry. Two of them, including a 1,400-page report by Arup director Dr Barbara Lane, found that, contrary to the government’s claim, guidance specifying only materials of “limited combustibility” be used in cladding systems on tall buildings did not refer to cladding panels themselves. Instead, Lane found cladding panels merely needed to meet the less onerous Class 0 standard for resisting surface flame spread.

Last month the government announced a fund of £400m to help social housing landlords pay for the cost of recladding buildings, but this fund will not cover the 138 private sector buildings identified.

Betts said: “Liability for the cost is the big issue. The £400m may pay for local authority ACM, but what about the private sector blocks? The idea that someone will sort it out is pie in the sky.”

Betts’ view was supported by Jonathan Evans, chief executive of cladding specialist Ash & Lacy, who was also highly critical of the fact the government-commissioned Hackitt report into fire safety did not look in detail at this issue.

Evans said: “The government have claimed that the combustible cladding on hundreds of tower blocks was not permissible under their guidance, but it was never required to be limited combustibility. This lie has delayed justice and progress for thousands of tower block residents and the government should have admitted responsibility months ago and coughed up for the re cladding work.

“Hackitt said a ban wasn’t necessary because she believed the government lie that limited combustibility was already required above 18m.”

An MHCLG (Ministry of Housing, Communities and Local Government) spokesman said: “The Grenfell fire was an awful tragedy that should never have happened and uncovered widespread failures in the fire safety regime for high rise residential buildings.

“We will launch a consultation next week into banning the use of combustible materials on the external walls of high-rise residential buildings.”