Mixed-use scheme will include offices, hotel and school 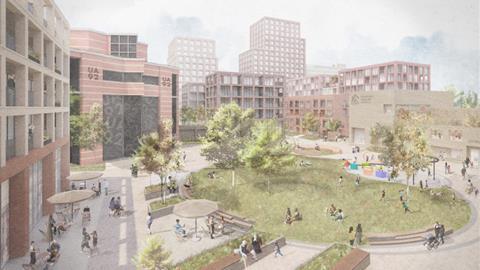 Lumina Village will include 750 homes, office space, a hotel and a primary school

Feilden Clegg Bradley Studios has been given the green light by Trafford council for a £208m regeneration scheme in Trafford.

The 750 home deal will feature 15% affordable homes, as well as 200,000sq ft of office space, a 100-bed hotel, primary school and an energy centre on a 12 acre site at the former European headquarters of Kellogg’s in Stretford. 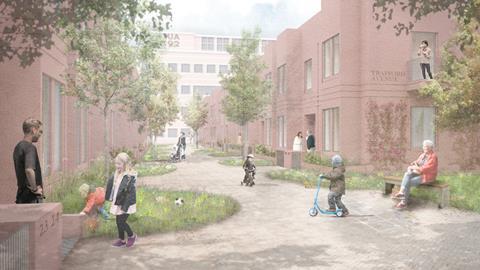 Known as Lumina Village, the scheme has been funded by a joint venture consisting of the council and developer Bruntwood, who are also working together on the £50m Stamford Quarter development in Altrincham and a refurbishment of Stretford Mall.

It is part of a wider 120 acre redevelopment of this part of Stretford dubbed the Trafford Civic Quarter Masterplan being drawn up by FCBS, Planit-IE and Avison Young which includes Trafford’s town hall and Old Trafford cricket ground as well as the Kellogg’s site. 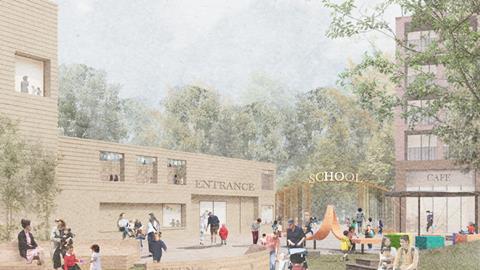 Planit-IE and Avison Young have also worked on the Lumina Village project along with consultant Curtins.

A Stretford landmark, the 1990 Kellogg’s building was home to the cereals giant for 27 years before it moved to new headquarters in MediaCity in nearby Salford.

The building had to be evacuated in 2014 following a fire caused by an overheating oven being used to cook cornflakes. 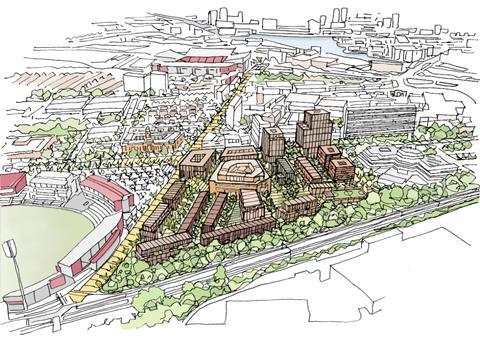