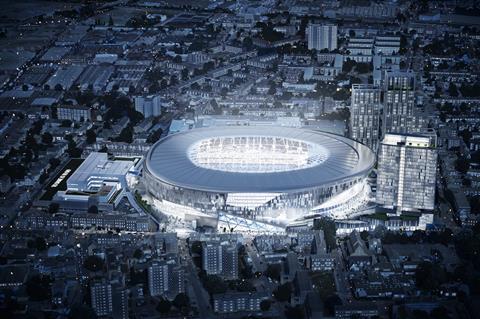 Haringey Council gave its approval for the club’s Populous-designed plans to nearly double the stadium’s capacity the go-ahead in December last year.

Boris Johnson MP, Mayor of London, said: “White Hart Lane is already an iconic stadium, steeped in history, and the new venue will not only almost double its capacity, but provide world-class facilities to watch Premier League football, international sports events and concerts in the heart of the capital.

“The stadium will also be the focal point of a major drive to regenerate Tottenham, breathing new life into the area, creating jobs and boosting growth.”

Spur’s chairman Daniel Levy said the approval marked another “major milestone” for the scheme, adding that the club remained focussed on completing the final stages of the planning process.

Building work is already in progress on the site and it is hoped the new stadium will be ready in time for the 2018/19 season. Meanwhile the club is in negotiations to find a temporary home.