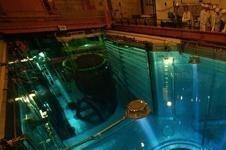 Finnish nuclear company EVO is claiming €2.4bn in damages from Siemens and Areva for delays in the construction of the Olkiluoto nuclear reactor.

Europe's first nuclear power station for a decade is due for completion in 2012, three years behind schedule.

Areva, which is constructing the reactor in Finland, is one of two energy firms intending to build nuclear powers stations in the UK. Siemens, which is responsible for the Olkiluoto turbine hall, announced this week that it was sellling its 34% stake in Areva.

Areva formed a nuclear alliance with Balfour Beatty in December and this week launched a website for potential UK suppliers.