Two consortiums including Balfour Beatty, Skanska, Costain and Atkins have been appointed to do the design and build work on Thames Water’s £3bn framework 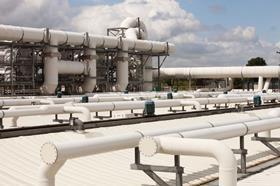 Two consortiums including firms Balfour Beatty, Skanska, Costain and Atkins have been appointed for design and build work on Thames Water’s £3bn framework, Building can reveal.

The news will be a relief for both Balfour Beatty and Costain after difficult weeks. Balfour Beatty warned the City this week that profit in its UK construction business would be £50m lower than expected, and Costain had its £178m bid for May Gurney trumped by Kier.

The two consortiums beat competition from three others shortlisted for the contracting roles on the Thames Water Alliance framework, understood to be worth £3bn over the first five years. The unsuccessful consortiums comprised Laing O’Rourke, Imtech and Barhale; Galliford Try, Morrison and Mott MacDonald; and Murphy, Black & Veatch and Aecom.

The successful bidders will sit on the framework alongside a programme manager and a technology and innovation provider.

Water engineering consultant MWH has been appointed as the programme manager. The firm saw off competition from US firm CH2M Hill and UK heavyweight Amec to take the role. Aecom and IBM are competing to be the alliance’s technology provider.

The firms will first be involved in drawing up spending plans for the next regulated period of asset management spending from 2015-2020, known as AMP6, then will be expected to deliver the projects.