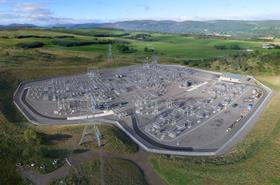 Balfour Beatty, Miller, and Bam Nuttall are among a handful of firms to have been appointed to a £600m framework to build new electricity substations in the north of Scotland.

Scottish Hydro Electric Transmission has awarded four contracts with a cumulative value of approximately £600m to four consortiums to develop the electricity substations.

The four awards are:

David Gardner, SSE’s Director of Transmission, said: “The award of these contracts, with some of the industry’s global experts will help deliver the infrastructure that is needed to support the connection of renewables, as well as providing a boost to the local communities where we are operating.

“We are also working on similar awards for all of the proposed overhead line and underground cable works.”