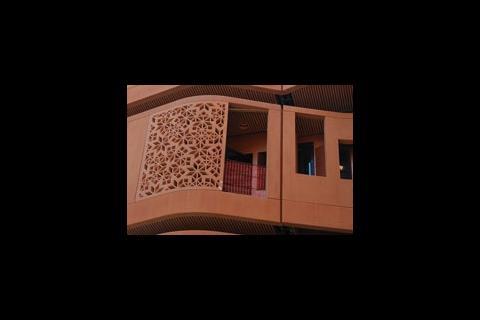 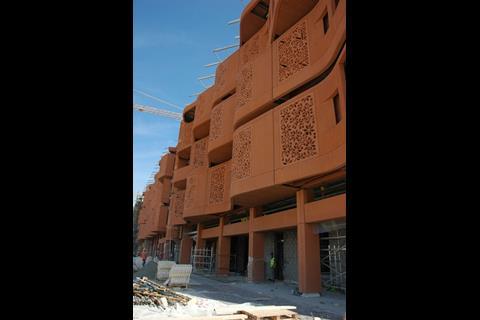 The facades are very well considered and are entirely self-shading 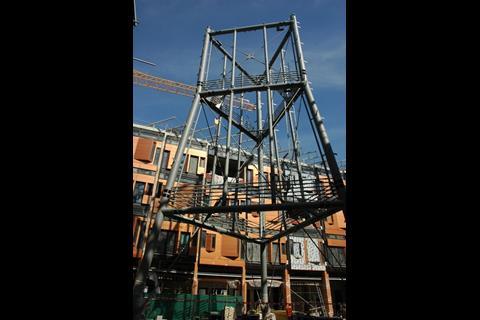 These will tower above the buildings with the idea cool air is sucked down to street level. Mist sprays at high level will cool the air via evaporative cooling and scoops at ground level will direct the cool air where it is needed 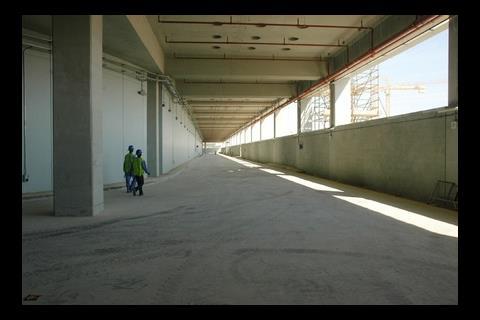 The personal rapid transport vehicles travel on a network of roads under podium level, magnets set into the ground at regular intervals and a single wire at roof level guide the vehicles 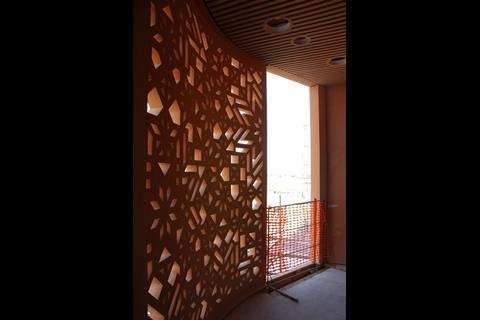 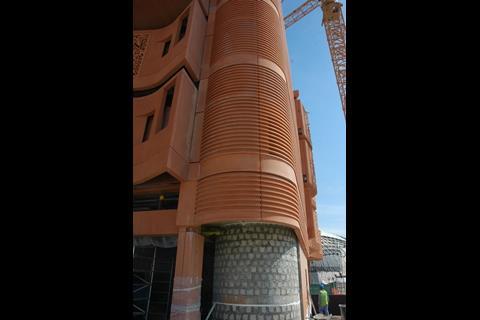 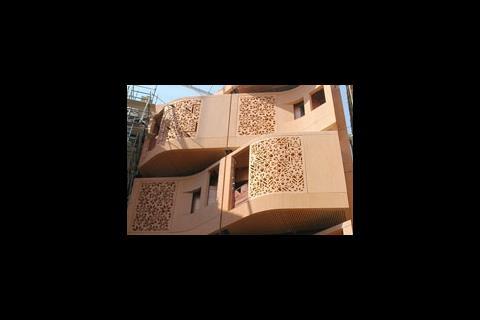 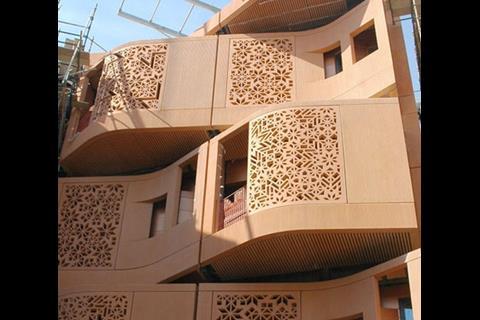 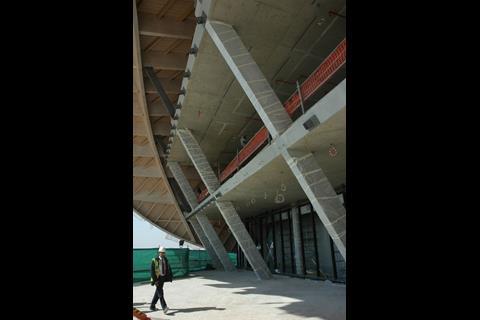 Our technical editor visits the Masdar Institute of Science and Technology - the first building to be constructed in the carbon neutral city - as it nears completion. Here's his verdict

This is the week of the World Future Energy Summit in Abu Dhabi where the great and the good get together to muse over how we meet our future energy needs without trashing the planet even more than it is already.

It’s not all talk though as the event is hosted by Masdar, the Abu Dhabi-based organisation focused on delivering practical solutions including PV factories, R&D and green property development.

The jewel in its crown is the carbon-neutral Masdar City. All this week delegates will have the chance to be bussed out there to check out progress. Building was given a sneak preview by architect Foster + Partners who did the masterplan for Masdar City and designed the first building to be constructed, the Masdar Institute of Science and Technology.

Like all schemes around here it started off as bare desert. The Masdar institute was meant to have been finished last September in time for the first lot of students but like many projects here the deadline was over optimistic.

Foster + Partners started with a blank piece of paper at the end of 2007, which isn’t very long to design and build an entire university. But the scheme is shaping up well and you get a pretty good idea of what it will be like when it completes later this year.

You know you have arrived in a place wearing its sustainability credentials on its sleeve as you virtually trip over the array of recycling bins by the entrance to the site offices. Looking for plastic cups by the water cooler is pointless; instead you are directed to a kitchen where you can get a (reusable) glass.

The entire city is built on a 7m high concrete podium because this creates the space needed for the network of personal rapid transit (PRT) vehicles which get people around. Above is a pedestrianised world. The idea is people park their cars on the edge of the city and walk to the PRT station.

Step out into the sunlight and you are greeted by a scheme quite unlike anything Foster + Partners has designed before. Instead of the very spare, elegant design characteristic of the firm the facades are very highly decorated with Islamic motifs designed by Frenchman Jean Marc Castera. These define the residential blocks for students which wrap around the teaching laboratories. These motifs hint at a much greater borrowing of traditional design principles with a modern twist.

Narrow streets thread through the scheme in a bid to stop the hot sun penetrating into the buildings. The facades are very well considered and are entirely self-shading. Terracotta coloured glass reinforced concrete is used for the cladding. Each apartment has a balcony which shades the windows below. Instead of a series of simple rectangular protrusions each balcony has rounded ends and blends into its neighbour to give the facade a wave like appearance.

Windows at Institute of Science and Technology
These blocks feature minimal glazing with less glazed areas towards the top of the block. The scheme has been designed so all glazing is permanently in shade. Clerestory glazing has been used to direct light at the apartment ceilings with the idea light will bounced into the apartment below. “You want to minimise the amount of glazing and what light you do get you want to maximise,” explains Foster + Partners Ross Palmer.

The facades are very well considered and are entirely self-shading. Terracotta coloured glass reinforced concrete is used for the cladding

Natural ventilation is a key part of the strategy to keep the development as cool as possible to minimise the need for mechanical cooling. The apartments project over the pavement at ground level to make the streets feel wider – there are retail units at this level. Generous use of concrete at this level helps regulate the temperature.

Cool air is drawn up from this level through grilles and directed into an atrium separating the apartments from the teaching areas. This helps keep the heart of the blocks cooler although the apartments are constructed from lightweight materials and feature mechanical cooling which can be turned on when students are in as this was deemed to be more efficient than keeping the apartments cool all the time.

Like a traditional street layout there are a series of squares punctuating the plan. These provide relief from the narrow streets but this being Masdar City there is also a modern bit of kit in the form of giant wind towers. Although these are only in the early stages of construction you get a sense of their ultimate scale. These will tower above the buildings with the idea cool air is sucked down to street level. Mist sprays at high level will cool the air via evaporative cooling and scoops at ground level will direct the cool air where it is needed.

Teaching areas are shaping up well too, there is a ‘knowledge centre’ which is a modern, IT-focused take on the traditional library. This features an impressive domed glulam roof, which projects over the building to provide year-round shading.

Palmer is particularly pleased with this material saying it is a pity cost considerations precluded wider use of glulam, a particularly sustainable material. Overall the scheme looks very impressive, is technically at the cutting edge of low-energy design and it will be interesting to see how well it works at next year’s conference.