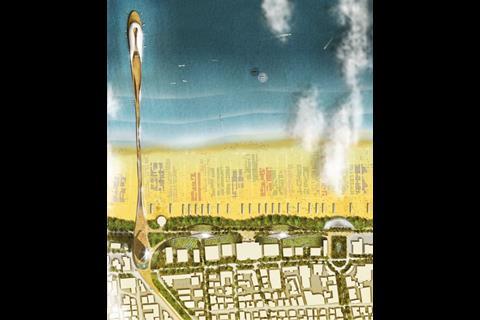 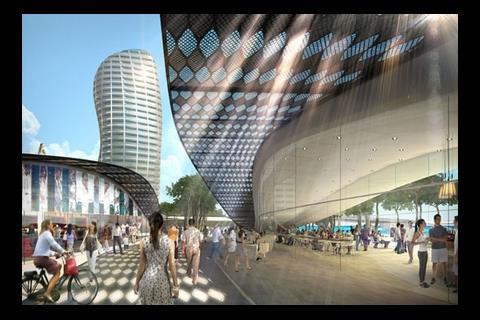 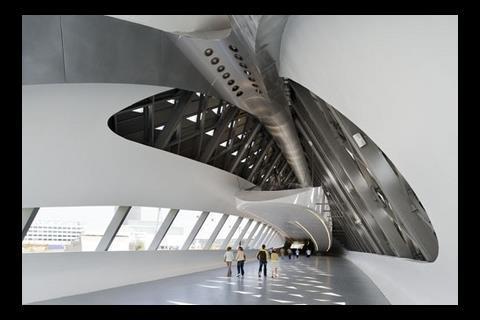 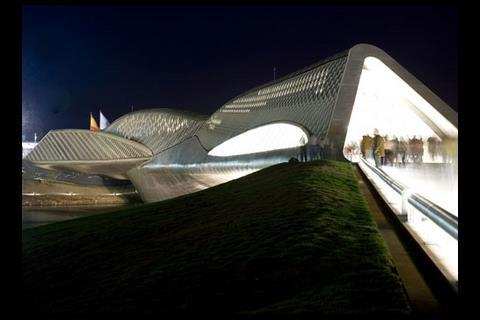 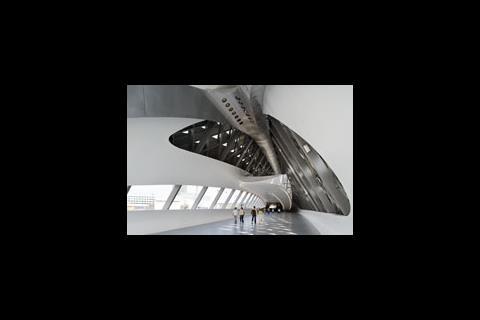 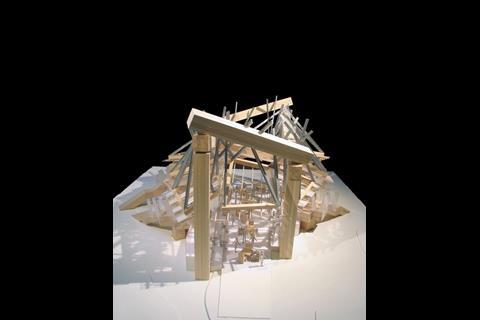 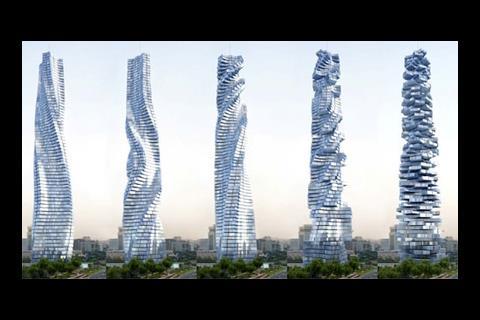 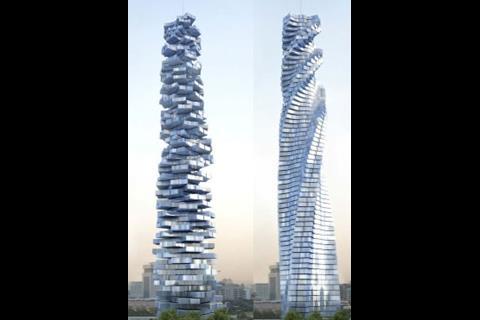 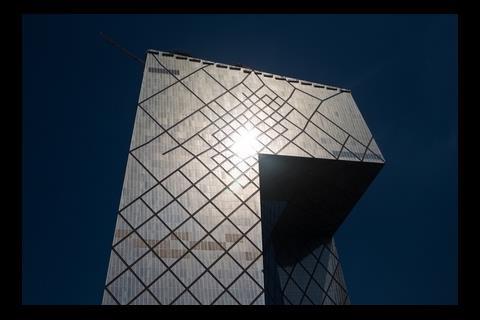 The £390m CCTV Tower in Beijing by Arup close up 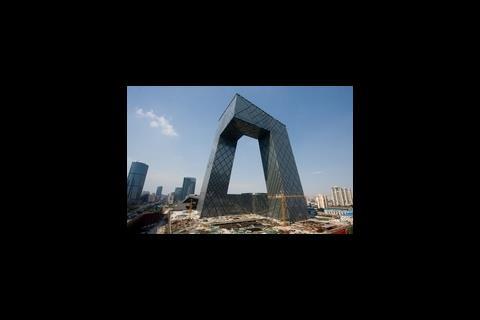 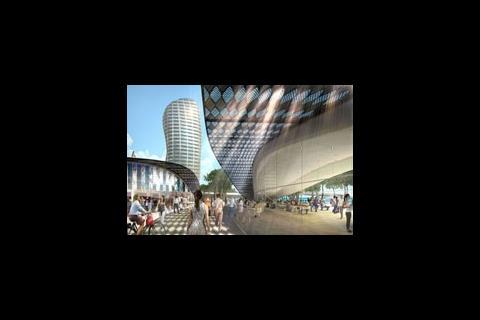 Another ‘First Impression’ panellist, this time Michelle Sweeney, graduate from the School of Architecture at the University of Manchester, comments on five new schemes

About the scheme: The £390m CCTV Tower in Beijing by Arup and Office of Metropolitan Architects. The Chinese government had set the main contractor, China State Construction Engineering, the task of completing all of the cladding on the 234m-high building in time for the start of the Beijing Olympic Games today.

Michelle Sweeney’s verdict: I think this is a really exciting addition to the skyline. It looks like a large scale sculpture rather than a building. Beijing is undergoing so much development at the moment and I really like the way the CCTV Tower provides a frame for its everchanging backdrop.

About the scheme: This is star architect Frank Gehry’s first building in England. The 2008 Serpentine Gallery temporary pavilion is a timber structure which will contain glass canopies hung from the structure to protect the interior from wind and rain, and there will be terraced seating inside. There will also be five elevated “seating pods” surrounding it, which can be used as private viewing platforms, dining areas and stages for performances.

Sweeney’s verdict: The Serpentine Gallery looks at conflict with itself. On one hand, the massive timber structure looks imposing and gives it grounding but then the addition structure and canopies appear lightweight and ‘flyaway’. It would be interesting to see wether the contrast resolves itself in it’s park setting but from first appearance it just looks confusing.

About the scheme: Architect Foster + Partners’ design for a new waterfront development in Rimini, Italy comprises a new seafront promenade with a mix of related activities and public spaces including a hotel tower, which will extend the historic Italian city’s beach culture. The Adriatic Sea waterfront will be pedestrianised at certain times and will link directly to a linear public park that will provide shade during the hot summer months. The project celebrates the Rimini tradition of green boulevards.

Sweeney’s verdict: From the project description, Rimini is a ‘historic italian city’ but I can’t see any reflection of this in the building appearances. It is a shame how city’s are ignoring their historic identity in a bid to become modern and fashionable. No doubt the project will include some impressive feats in engineering but I think it is more a showcase for Fosters + Partners, rather than a reflection of Rimini and it’s character.

About the scheme: Zaha Hadid’s Zaragoza Bridge Pavilion in Spain, which houses Expo Zaragoza, is organised around four main pods that act as both structural elements and spatial enclosures, with each pod corresponding to a specific exhibition space. Hadid’s practice wanted the design to “couple architecture and engineering” therefore the structure is largely visible and plays an important role in defining the pavilion’s external envelope.

Sweeney’s verdict: Incredibly furturistic whilst maintaining a very natural form. I like how the exposed structure enhances the organic appearance, providing a skeleton for the external skin.

About the scheme: David Fisher Architect’s Dynamic Tower rotating skyscraper has been designed so that each floor rotates individually. Residents of the 420m high mixed-use tower can literally drive their cars into a lift, up the tower (it has 80 floors) and park it in their flats, offices or the luxury hotel.

Sweeney’s verdict: Wow, can’t help but be impressed by the ingenuity of this design. City skylines seem to be changing all the time, it seems like the next step to create a building that can undergo the same kind of ongoing metamorphosis. Exciting for people veiwing from the outside and equally interesting for people using the building who get a changing view of the city. For me, this is like a glimpse at architecture of the future.