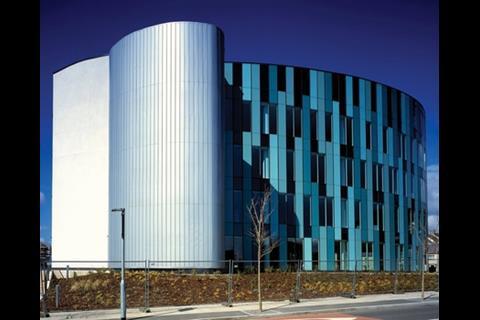 The Vehicle and Operator Services Agency 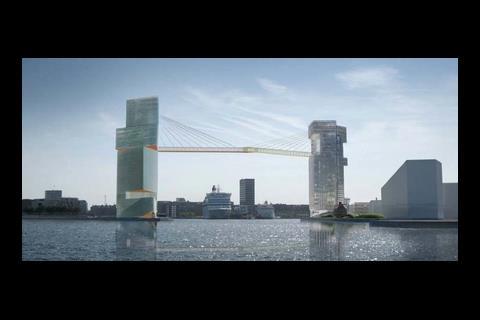 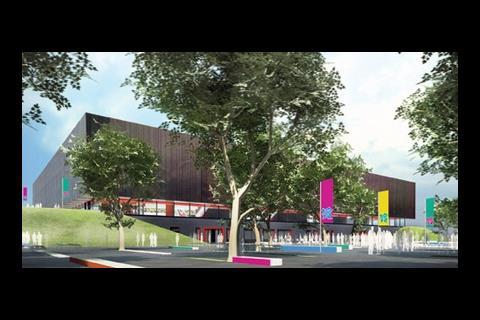 The 2012 handball arena by Make Architects 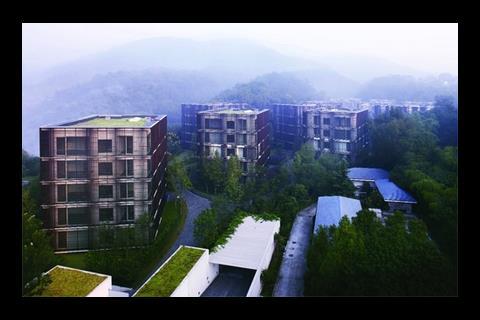 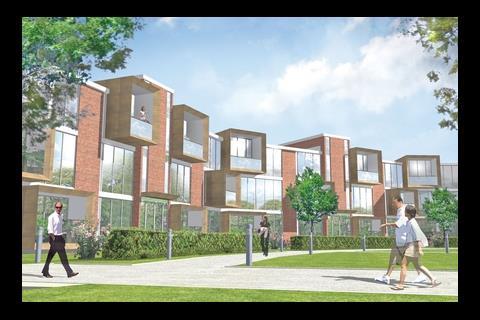 About the scheme: This is a housing scheme in China called the Ninetree Village development designed by star architect David Chipperfield. Situated in the Hangzhou region in south-east China, it includes 12 buildings, plus a clubhouse with a pool. The apartment blocks, which are made out of concrete and volcanic stone, each contain five 400m² flats and are linked to an underground car park. Local firm Zhejiang South Architectural Design and Survey was structural engineer and Berlin-based Levin Monsigny landscape architect.

Tom Greenall’s verdict: One of Chipperfield’s two recently completed projects in China, the Ninetree residential development appears to embody much of what makes the work of the practice so desirable. With a skin of timber louvers that seeks to provide privacy for the residents, the design seems to be based on one of the traditional principles of Chinese housing – a thoughtful response for a luxury development.

This sense of nostalgia is only heightened by the development’s adjacency to a bamboo forest, the charm and beauty of which are determining factors in the project’s success. The distorted ‘chequerboard’ organisation of the 12 apartment blocks seems to effectively capitalise on this context, providing oblique views over the landscape.

About the scheme: The Vehicle and Operator Services Agency has taken up residence in Holder Mathias Architects’ £7.5m office building in Swansea, developed by Babcock & Brown in partnership with the Welsh assembly. The scheme on Fabian Way on the waterfront was built by Cowlin Construction. The VOSA has taken 30,000ft² on the upper floors, while the remaining 12,000ft² is under offer.

Tom Greenall’s verdict: As a speculative office development, this scheme should be applauded for its design intention, although on closer inspection, the view presented here is by far the most appealing aspect of the building - a statement in itself. As part of a wider redevelopment of the Swansea waterfront area, Holder Mathias have set a standard for future projects – all to be realised through a single investment company, Australian-based Babcock & Brown. One only hopes that this standard is taken as a minimum, and does not define the ambition of future developments.

About the scheme: This is American architect Steven Holl’s design for a mixed-use scheme on the Copenhagen waterfront. Designs for the LM Project, which aims to create a new gateway to the city’s harbour, include two office towers connected by a 65m-high walkway. Sustainable features include solar panels and a line of wind turbines on top of the bridge roof.

Tom Greenall’s verdict: Reminiscent, in more ways than one, of Holl’s recently completed ‘Linked Hybrid’ in Beijing, the architect’s reinvention as a ‘visionary’ looks set to continue. At 65m high, the walkway is an impressive feat of engineering and alludes to at least a small consideration for public experience in this commercially driven project.

Described romantically by the architect as ‘joining like a handshake over the harbour’, the scheme will undoubtedly redefine the image of the whole area. However, I cannot help but think it could feel slightly awkward in the relatively low-rise context of Copenhagen. None-the-less, the utilisation of a variety of progressive sustainable solutions will ensure that this important international icon is embedded in Denmark’s identity as one of the world leaders in alternative energy.

About the scheme: This 7,000-seat handball arena, designed by Make Architects with PTW and Arup, is the final permanent venue proposed for the London 2012 Olympics. The proposed building at the western side of the Olympic park in Stratford, east London, will be rectangular in shape and clad in copper that will turn green over time. Retractable seating will enable the arena to be used for several sports, including fencing and shooting during the Games and badminton and basketball afterwards.

Tom Greenall’s verdict: As the fastest growing sport in England, it seems appropriate that one of the permanent features of the Olympic park should be the handball arena. Nevertheless, the legacy use of the scheme seems doubtful (described by the ODA as a multipurpose sporting venue). On first impressions, the colour change of the copper cladding as it tarnishes (a rather clichéd concept) is the only aspect of the design that separates it from the IKEA in Croydon.

However, maybe we should acknowledge the emphasis placed on sustainability over aesthetic in the current economic climate.

About the scheme: This is architect BPTW’s design for the conversion of Danbury Palace, a grade II-listed manor house near Chelmsford, into a luxury apartment block. The architect will work with developer Inner Circle Group and designer Andrew Martin Associates on the £7.5m scheme to create 49 private and shared ownership apartments, of which 34 will be set in the gardens of Danbury Park. The new building is set to replace a seventies extension but will retain the original detailing of the house built in the gothic revival style in 1832.

Tom Greenall’s verdict: Is it a care home? Student accommodation? I guess when you have nothing nice to say it is better to say nothing at all. Maybe the reality will be more successful than the washed out rendering.

Tom Greenall is a second year architecture student at the Royal College of Art in London.
Would you like to be part of the graduate First Impressions panel? Then email Nargess at nshahmanesh@cmpi.biz.
Sign up to receive the Student Newsletter at Building.