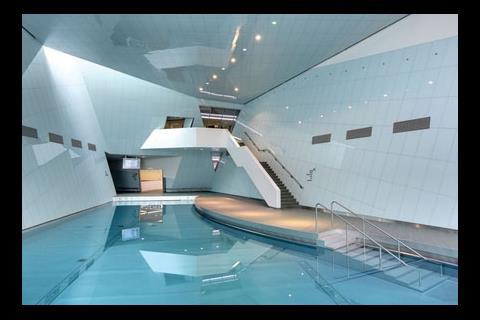 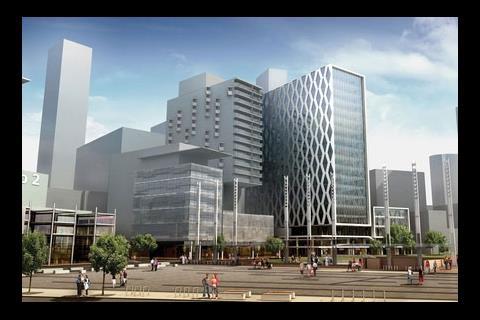 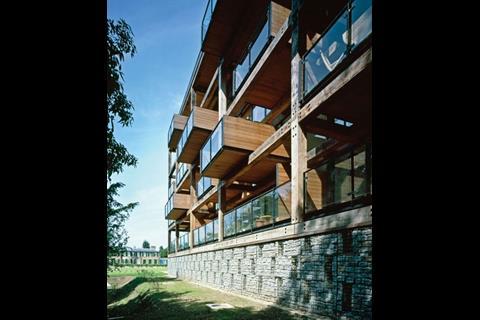 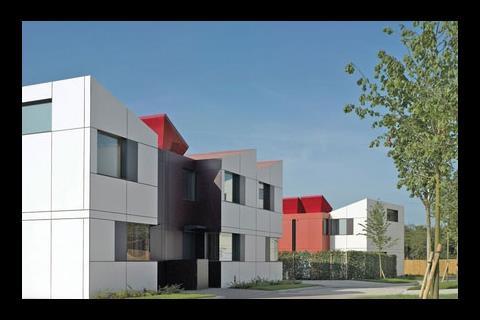 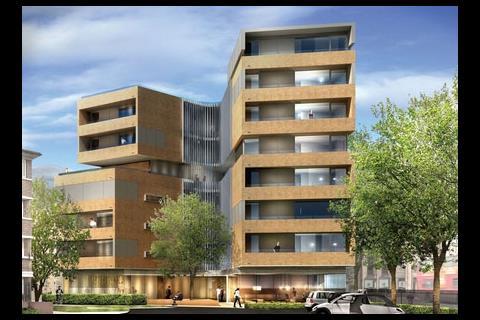 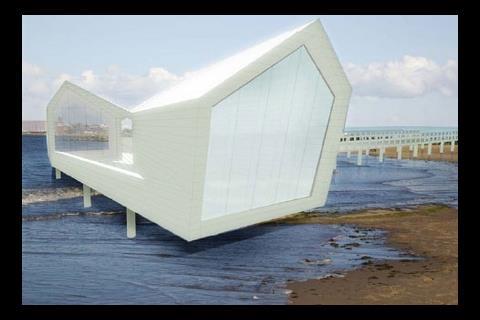 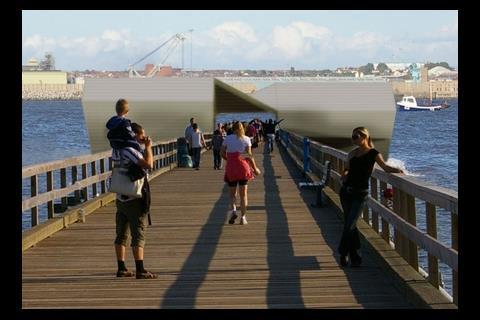 Another ’First Impression’ panellist, this time Michelle Sweeney, graduate from the School of Architecture at the University of Manchester, comments on six new projects

About the scheme: This is Daniel Libeskind’s latest project, a shopping centre in Switzerland. The Westside complex, which is located in a new residential area in Bern, includes 55 shops, 10 restaurants and bars as well as a hotel, a cinema and a fitness centre. It also has 95 apartments available for elderly residents. About 3.5 million visitors are expected to come each year to the centre, which is linked to the local tram network.

Michelle Sweeney’s verdict: As one of my favourite architects, Libeskind never fails to impress. Every plane of the building is considered and every angle produces an interesting picture. Libeskind seems to approach building as an artist and deals with the building form on a sculptural level. This is not the style one would usually encounter, so it’s great this dramatic architect has been employed for Westside. Much like Gehry’s Guggenheim bought new life into Bilbao, I’m sure Westside has a similar intention for establishing the new residential area outside Bern. It will be a talking point for those with or without an interest in architecture.

About the scheme: Sheppard Robson has submitted the £70m B4 Building for planning. This is a highly sustainable 32,000m² mixed-use project at Peel Media’s MediaCityUK in the heart of Salford Quays, Manchester. The building uses two elements and is clad in aluminium panels.

Michelle Sweeney’s verdict: Since it’s rejuvenation, Salford Quays has become an eclectic mixture of architecture, from Imperial War Museum North, the Lowry Centre and Old Trafford. The building fabric of the area is diverse and forward thinking. The B4 Building will be a great addition. Sheppard Robson have designed a building which will fit well into the area and the sustainable features will bring something new to the architectural portfolio of the Quays.

About the scheme: Accordia, designed by FCB with Alison Brooks Architects and Maccreanor Lavington, has become the first housing development to be awarded the RIBA Stirling prize this month. It was built by Kajima for Countryside Properties, although it is now run by Redeham Homes.

Michelle Sweeney’s verdict: Change the materials and you have probably seen this building before. Replace the Gabion platform and modular timber frame with something typically ‘urban’ and it becomes immediately more familiar. However, it is this familiarity with city building which I think make it a success. I like the conflict of the modular facade created with a palette of natural materials. One can see the nuts and bolts of the building so to speak and this gives a solid and grounding appearance.

About the scheme: Oxley Woods by Rogers Stirk Harbour + Partners, won the Manser medal for houses and housing at the 2008 RIBA Stirling Prize.

Michelle Sweeney’s verdict: These terraced houses provide their own interesting skyline and bring colour into a notoriously dreary area in the South East. I instantly thought these were from the continent but it is good to see more new and exciting approaches being made for residential projects in the UK.

About the scheme: Buxton Homes has tarted work on this £5m scheme by Weston Williamson Architects. The 38-home Gedling Mission Hall development on Jamaica Road in Southwark includes 13 affordable homes and a mix of one, two and three-bedroom properties. Weston is still completing the final working drawings package for Buxton, and the building should be finished in early 2009. Consultants on Gedling Mission Hall are G L Hearn, Malcolm Hollis and WSP.

Michelle Sweeney’s verdict: The material choice I think could give it a dated look very quickly and I don’t find anything particularly exciting about the forms employed. For me, looking at the facade, this isn’t a very interesting development project.

About the scheme: Architecture student at the University of Liverpool Michael Otchie’s winning concept for a pier at New Brighton beach in Merseyside. Otchie said he was inspired by two “quintessential British institutions”, the fish’n’chip shop and the tea room. The design would make use of ship-building technologies to reflect Liverpool’s maritime history, and the student architect said it could be built for £2m. Royal Haskoning Liverpool organised the design competition, which had a first prize of £1,000, as part of Liverpool’s Year of European Capital of Culture.

Michelle Sweeney’s verdict: I love the concept behind Michael’s inspiration of the project. He has come up with a design which should be fundamentally familiar to the area but has put a twist on the design to bring something new to the area. The forms are interesting but although pleasing, I don’t think the design is dynamic enough to become a stand alone attraction.

Michelle Sweeney currently works at London-based architect Archetype.
Would you like to be part of the graduate First Impressions panel? Then email Nargess at nshahmanesh@cmpi.biz.