Contest attracted more than 200 entries with winners due next spring

Five firms have been chosen for the next stage of an international competition to shape the future of Britain’s 2,000 small to medium-sized railway stations.

More than 200 anonymous submissions were received from designers based in 34 countries for the first stage of the three-stage competition, which was launched in July. 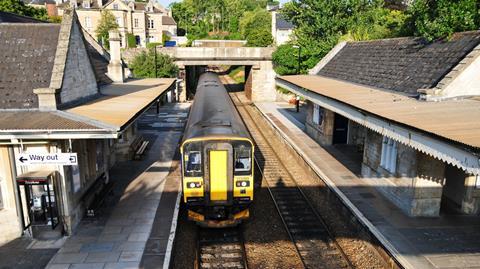 Small stations, such as this one at Bradford on Avon in Wiltshire, make up the majority of the country’s network of stops

Organisers Network Rail and RIBA Competitions asked entrants to reimagine the smaller stations that make up 80% of those on Britain’s railways to address the changing character of society.

The shortlisted firms will now each received an honorarium of £20,000 for the second phase of the competition, with three finalists chosen to enter a services contract to develop their design solutions further with a contract sum of up to £250,000 awarded to each. The final round of judging will take place in February.