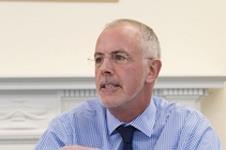 Snook (pictured), 67, was chairman of Lincoln-headquartered bathroom and kitchen installer Meddo at the time of his death last week. Meddo confirmed he had died but declined to give any other details.

Rok fell into administration in November 2010 after its banks withdrew support for the company.

Joining EBC, a sub-£100m-a-year turnover contracting business based in Exeter in 2000, Snook transformed the company into Rok, which grew tenfold to a peak stock market valuation of £437m in 2007.

>> Analysis: The breaking of Rok

But the group encountered problems following the credit crunch, having racked up £70m in debt through a rapid acquisition programme.

This was followed by a series of profit warnings from its operations, including Avonside, a plumbing, heating and electrical business it acquired in 2007.

These announcements rattled investors, leading to Rok seeing its share price collapse. By 2009 the firm’s valuation had plummeted to a mere £34m.