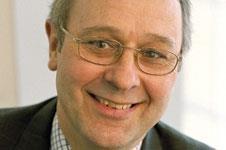 The former UK boss of Skanska has been appointed to the board of the Olympic Delivery Authority, the body charged with developing the Olympic park.

David Fison, chief executive of Skanska UK until July 2008, will take the place on the board formerly occupied by former Amec boss Sir Peter Mason, who is stepping down to “concentrate on his other business interests.”

Fison was chief executive of Skanska from 2002 and previously worked at Balfour Beatty across 35 years in the construction industry.

All other members of the 12-strong ODA board have been re-appointed.

Culture secretary Tessa Jowell welcomed Fison's appointment and paid tribute to the departing Mason. “With the reappointment of the current membership today, I am confident that we have the right mix of skills to ensure that we deliver a world class Olympic and Paralympic Games and a lasting legacy for the UK."

ODA Chairman John Armitt said: "I welcome David Fison to the Board and I am confident that his experience of overseeing major infrastructure projects at Balfour Beatty and Skanska will be invaluable to the ODA as we accelerate into the 'big build' in 2009."

Mason said: "Having helped get the project off to a strong start I now wish to concentrate on my other business interests.

"I worked with David Fison in earlier years and I know he will make a huge contribution to the ODA. I wish John Armitt and his team every success in the run-up to 2012"