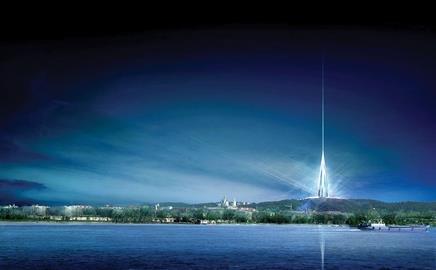 Architect pays himself £2.9m and buys the practice’s aircraft after making £5.9m profit

Architect Foster + Partners’ parent company has reported its highest ever profit, 136% above the previous year’s return.

Foster predicted profit would rise a further 100% in 2006/07. He said: “We’re confident the coming year will see a significant advance, with potential to double turnover, and a proportional increase in profitability.”

Turnover went up by 12.5% to £50m from £45m in the same period last year. Foster paid himself £2.9m, compared with £2.1m the previous year. His three directors, Spencer de Grey, David Nelson and Graham Phillips, shared £1m between them.

We’re confident the coming year will see a significant advance.

During the year, the company paid about £18,000 to charity. Foster + Partners also worked on a police memorial scheme in Hyde Park free of charge.

The accounts show Foster bought an aircraft from the firm at a cost of £1.9m.

Foster + Partners has recently been under scrutiny by an offshore trust regulator. This followed the closure of a multimillion-pound employee benefit trust in preparation of the sale of a minority stake in the firm to private equity company 3i.

Chris Crooks, who is leading the inquiry, said further action “was not currently under consideration”.

Fosters + Partners this week unveiled designs for amixed-used tower on a hill in Khanty-Mansiysk, Siberia.