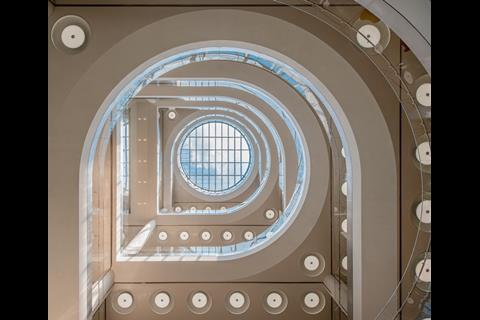 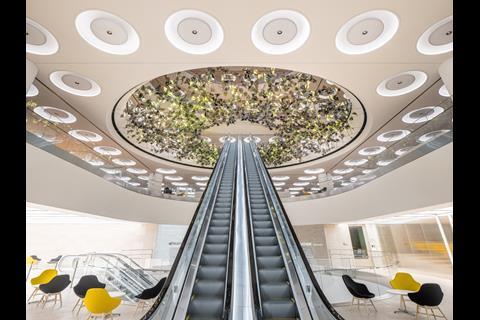 Visitors will enter the building through an art installation 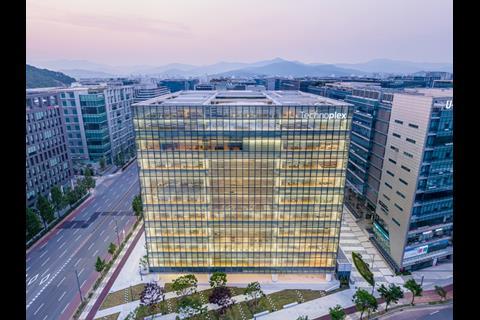 The ten-storey building will house Hancook's offices and subsidiaries 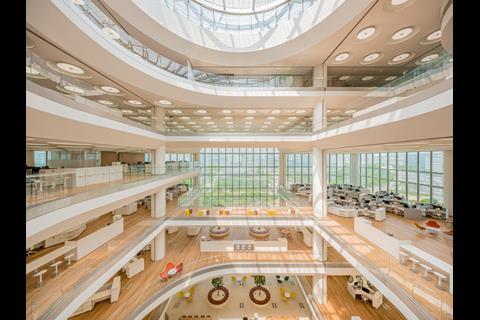 Its open-plan floors are arranged around a bright central atrium

The 10-storey Hankook Technoplex is the second office building the practice has designed for the firm following the 2016 opening of the Hankook Technodrome, an R&D centre in Daejeon.

The new building, located in Pangyo on the outskirts of the South Korean capital, will house Hankook’s offices and its subsidiaries alongside a business centre featuring a 175-seat auditorium.

Taking design cues from its predecessor, its open-plan floor plates spiral around a vast central atrium beneath a circular lantern on the roof.

Foster & Partners partner Iwan Jones said the office builds on the success of the earlier R&D centre and creates “two distinctly different buildings bound together by key themes that are common to both buildings”.

Staff will enter the Technoplex by ascending an escalator through an art installation which uses light volumes to mimic the dappled shadows of a tree canopy, emerging into a workplace filled with indoor trees and floor to ceiling greenery.

It is the latest in a string of Foster & Partners projects to open in the Far East, following the opening of a spherical Apple store in Singapore last month and the opening of two further Apple stores in Bangkok and Beijing in August.