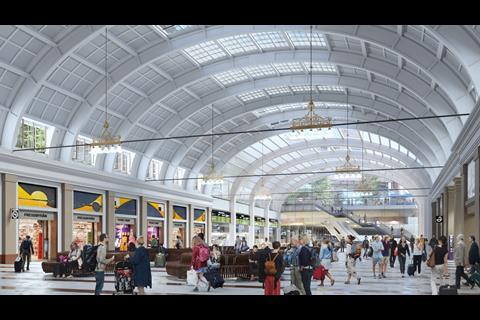 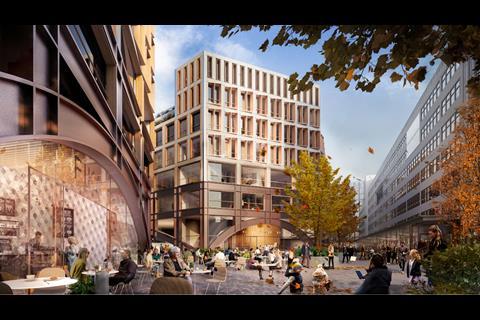 The scheme will enter planning consultations next year 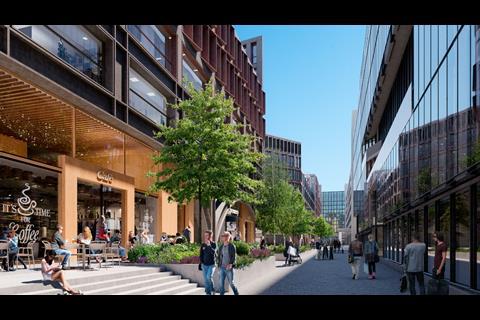 A new district will be built around the station 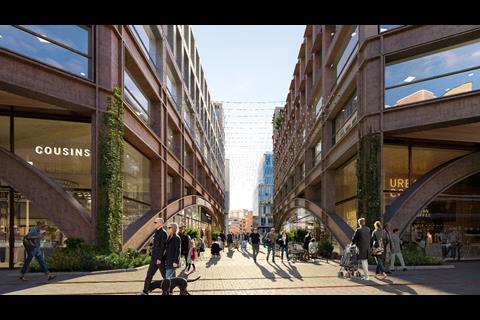 View of the new buildings designed by the winning team 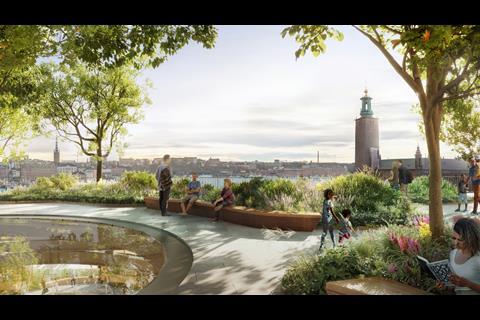 A new park will have views over the capital's old town 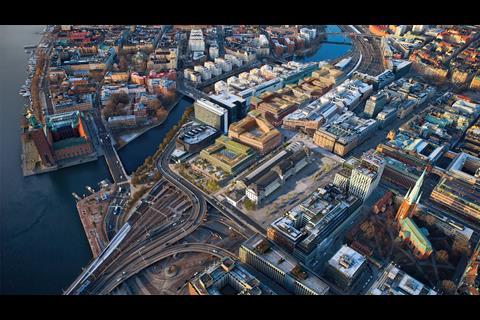 Fosters, in collaboration with Swedish architect Marge Arkitekter, has won the job to design a redevelopment of Stockholm Central Station

A team led by Foster & Partners has won a competition to design a redevelopment of the historic Stockholm Central Station in the Swedish capital.

Opened in 1871, the station is Sweden’s largest transportation hub but has seen passenger numbers exceed the capacity it was originally designed for.

The new scheme, which is scheduled to enter planning consultations in 2023, will bring several modes of transport together into an integrated transport hub, doubling the station’s passenger capacity.

Foster said the new district, which will be largely built over the existing tracks, will re-link the surrounding streets to create an “active, friendly and safe public realm that will stitch together the east and west sides of the city, improving passenger connections across Stockholm, without impacting the historic skyline”.

The masterplan will see the creation of a series of mixed-use buildings, a new public square, a new park with views over the city’s old town, and the possible extension of a subterranean tunnel to link the east and west sides of the site with the station’s platforms and its bus station.

A new logistics centre could also be positioned to the west of the tracks, where goods can be serviced directly without disturbing the public realm above.