Free schools champion hits out at lack of premises 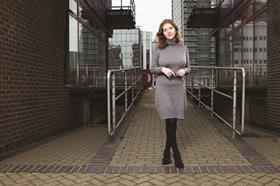 Michael Gove’s free schools champion has hit out at the education department’s failure to secure enough premises for the number of free schools that have been approved to open.

Speaking to Building this week, Rachel Wolf, director of the New Schools Network, the charity charged by the government with delivering its free schools programme, has called for the government to rethink the process for finding premises for free schools.

The call came after education secretary announced the opening of 55 free schools this week. But a further 24 schools that were approved to open this week were unable to due to difficulties in securing premises.

Under the current system free school groups can begin to identify sites or premises that could be used for their school, but are unable to take this process on until their application for the school has been approved by the DfE.

Then it is the role of property firms DTZ and Jones Lang LaSalle (JLL), who have been appointed to a framework agreement by DfE’s schools capital body Education Funding Agency, to secure the premises on behalf of the free school groups.

In a sign of how difficult it has become for free school groups to find sites, the EFA has begun advertising in the commercial property press for premises.

Wolf said the system was “no longer fit for purpose”, with the sheer amount of schools receiving approval overwhelming the ability of the DTZ and Jones Lang LaSalle to find and purchase sites.

“It is a positive move that they are using the property press to advertise for sites and get the message out there to different kinds of property owners, but that does demonstrate the extent of the problem.  The DfE does need to change things as the programme grows.”

She says the government needs to be engaging property owners with large land banks and should allow free school groups to use local property firms to help them find premises, rather than relying solely on DTZ or JLL.  She adds that proceedings to buy premises should begin at a much earlier stage – even before a free school’s application is approved.

“The government should be identifying where the need is – especially in London where it is greatest – and buying up premises or sites that could then be bid out to free school groups.” she says. “This way there would be a pipeline of premises that could serve the growing demand.”

For more on the problems free school are having with finding premises see our special education feature here.