G20 deal will do nothing for British construction 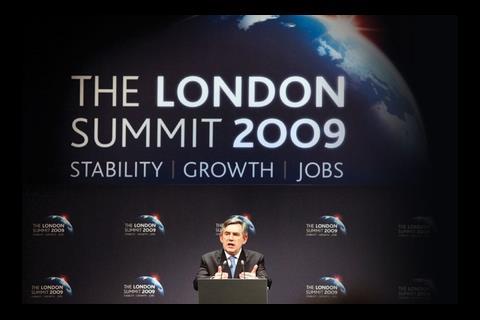 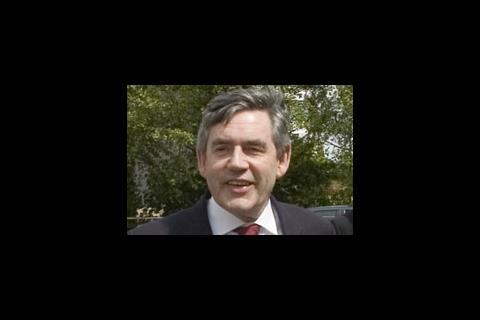 The recession in the construction industry is going to be deeper and more prolonged than feared three months ago, despite the deal agreed by leaders at last week’s G20 summit.

The forecast, by economic consultancy Experian, predicts that the industry will not return to growth until 2011.

It follows the publication of even gloomier figures by the Construction Products Association (CPA) this week. These suggest that the industry will suffer its deepest recession since records began 60 years ago.

Experian says output will fall 7.8% this year to £75.7bn; its forecast at the beginning of the year was for a 7.5% fall. The picture has deteriorated more dramatically for next year. The researcher has changed its view that output would rise 1.8% to a prediction that it will fall 1.7%.

Share prices have risen, but they are fragile and confidence could be knocked back

The worst-hit sectors this year will be private housing, down 30%, and industrial, down 16%.

This is despite the arrival of the first signs of life in the housing market for many months, with an increase in mortgage lending in February. However, over the same period the bigger economic picture has worsened, and government attempts to bring forward £3bn of spending have faltered in a number of key areas.

James Hastings, head of construction for Experian, said the $1.1 trillion fiscal stimulus agreed by G20 leaders in London last week had not caused it to alter its predictions. He said: “Share prices have risen, but they are fragile, and confidence could easily be knocked back.

“In terms of the substance of the deal, there’s nothing there that will make a difference to the UK construction industry soon.”

He added: “Our thinking was the recession would be V-shaped – all our graphs are now U-shaped.”

John Morgan, executive chairman of Morgan Sindall, agreed that the market would not pick up in 2010. He said: “Most people are concerned about 2011 and 2012 when the slowdown in public spending happens. The big concern is whether the private sector will have recovered by then.”

The news follows chancellor Alistair Darling’s admission last weekend that the recession would be deeper than previously predicted.

The G20 leaders agreed to make extra resources available for the International Monetary Fund (IMF) and $250bn (£171bn) of credit to back international trade.

However, Noble Francis, economics director at the CPA, said the IMF money would not help UK businesses because the UK was not planning to borrow from it, and that the trade insurance would not help because the volume of transactions was so low. He said: “The major problems are still the domestic banking system and the size of public borrowing, both of which still have to be addressed.”

Building’s seven-strong Gloomwatch panel was formed to take the temperature of the ailing construction industry. We ask its members, each of whom represents a trade or profession, to rate their mood on a scale of 0-10, with 10 being the most unhappy. An average of all seven ratings is that month’s “Grimdex” forecast. The rating for March was 6.7.

This month they say the situation has improved slightly from the dark days of winter. Michael Ankers, chief executive of the Construction Products Association and a member of the panel, said: “Despite our gloomy forecasts published this week, there seemed to be positive sentiment after the G20 summit. Maybe there is some light at the end of the tunnel, but no green shoots yet.”

The market is not looking black for everyone. Scottish specialist Bone Steel recently took on 25 staff and is looking for 20 more, including structural designers, welders and steel platers.

The firm is filling orders for Balfour Beatty, Bovis Lend Lease and Miller Construction as well as supplying more than 2,000 tonnes of steel for BAM Construct for a building at South Cheshire College.

Stephen Ewer (pictured), Bone’s business development director, says that while his company is not immune to the economic climate, the attitude of banks has not been as bad as it is to the construction sector in general. “The support from the banks is for our team and our business plan – as opposed to them supporting the industry,” he says.
He also claims to have seen some “positive things” recently. “Over the past few weeks we’ve seen some green shoots,” he says. “Clients I’ve been talking to have been talking in much more positive language and some projects are being revisited.”

But while some signs of recovery can be seen, Ewer warns against reading too much into them. “Whether one swallow makes a summer is another matter,” he says.

View 2: Dead in the water

Markham Jones is the owner of 1st Choice Property Services, a one-man building firm near Llandudno in north Wales. Last year, he had a turnover of £37,500, which yielded a net profit of £12,000. Evidently, things have not started getting any better for him.

“I applied for a bank loan last week from HSBC, but it was useless. I wanted its help in buying a property I wanted to do up – it was worth £120,000, and I was going to put in half the money, but it didn’t want to know.

“The government’s pledges to ease cash flow and get the banks lending again don’t seem to be coming through to me. I’ve had a bank account with HSBC since I was 15 and it was the Midland; I’m now 60 and I’ve never been in default with my debt in 45 years. My account is in the black, but it appears that loyalty means nothing to the bank. I’m just a number.

“When I started my business in 1980, I went into my local branch, and chatted and got to know my local manager who was interested and prepared to put money into my business. This time, I spent an hour with the commercial manager asking for his help, but he just didn’t want to know.

“I think the government is doing the best it can, but the bank is only interested in making money – not in you as a person. My business is dead in the water.”