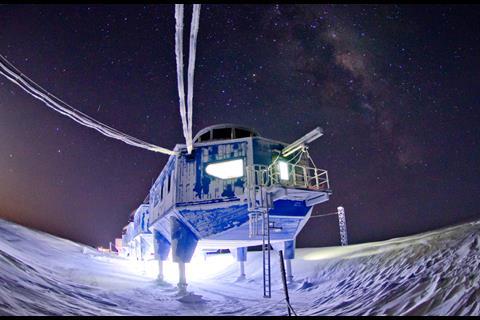 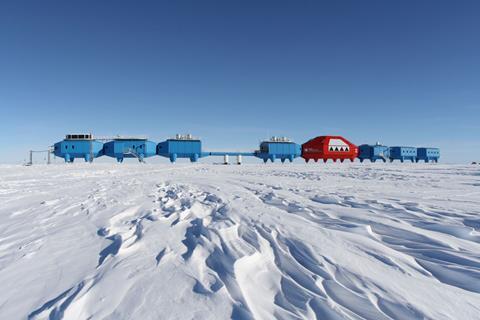 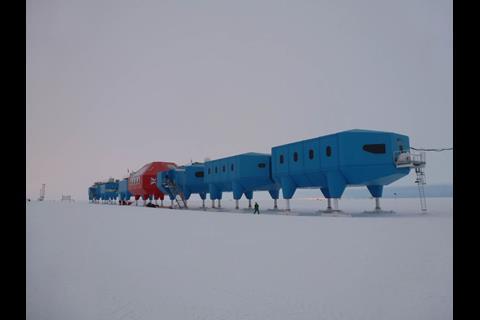 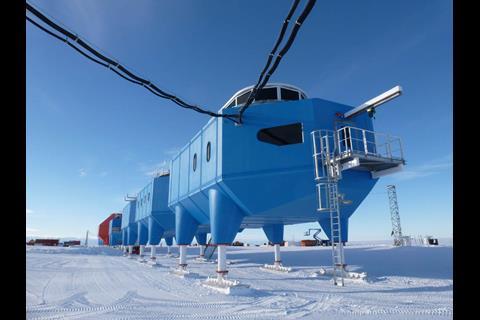 The world’s first re-locatable ice base – constructed by Galliford Try – has opened in Antarctica.

The modular base was developed through eight years of collaboration between Hugh Broughton Architects, Aecom, Galliford Try and the British Antarctic Survey.

The facility is designed to withstand extreme winter weather of being raised sufficiently to stay above metres of annual snowfall, and of being relocated inland periodically to avoid being stranded on an iceberg as the floating ice shelf moves towards the sea.