Gilbert-Ash has begun work on a fit-out of two office buildings in the centre of Belfast’s business district for developer Oakland Holdings.

The £14m project at Merchant Square will see the creation 200,000sq ft of office space over nine floors at the former Oyster and Royston buildings, close to the capital’s City Hall.

The offices, which are being let by PricewaterhouseCoopers, will house up to 3,000 employees when complete. 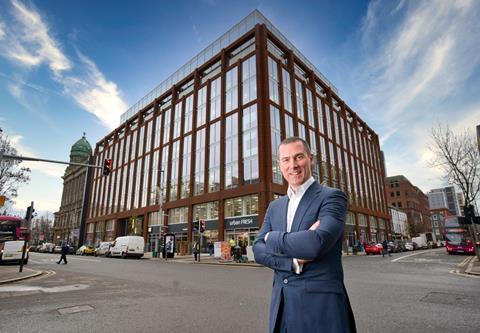 Gilbert-Ash managing director Ray Hutchinson said that the office interiors include nods to Belfast’s ship building and aviation industries, as well as the city’s history as a centre of the linen industry.

The firm’s appointment follows the completion in June this year of its £5m headquarters at Boucher Place in Belfast, which was designed by local practice Calico Architects.