Gleeds drafted in to check Olympic fees paid to CLM 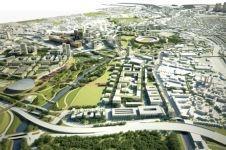 ODA brings in consultant to review delivery partner’s pay, after it earns £151m in year to March

Olympic organisers have drafted in QS firm Gleeds to review the fees paid to the consortium responsible for keeping 2012 costs under control.

The Olympic Delivery Authority (ODA) admitted it was appointing a consultant to review and assess the amount of money paid to CLM, the Olympic delivery partner that comprises CH2M Hill, Laing O’Rourke and Mace. The appointment follows the publication of the ODA’s annual report in July, which led to press comment over CLM’s fees.

The consultant will work alongside Ernst & Young to check that proposed fee levels offer value for money during the 18-month period from the end of this year to July 2011.

The ODA declined to confirm that Gleeds had won the job but said it had been on a shortlist with five others, including Capita Symonds, Cyril Sweett and Currie & Brown. It added that the appointment was a routine move.

David Higgins, the chief executive of the ODA, said: “Our contract with CLM means we have the right to review resourcing levels and review the pricing benchmarks, so that’s what we’re doing … We were always intending to review the prices in advance of the next tranche of spending.”

Well-placed sources suggested that concerns about public perception had played a role in the appointment. One said: “The job is for someone to come in and monitor the team. It’s essentially an audit role. There has been a lot of press speculation about CLM’s fees and the sense is this was very much in response to that.”

However, Higgins insisted it was standard practice to bring in consultants to vet fee agreements and said it was a “complete fallacy” to suggest the move was linked to negative press reports.

CLM was appointed in 2006 to oversee construction of the Olympic venues and keep costs down. In April this year its remit was expanded to include overseeing the building of the athletes’ village, which was originally run by developer Lend Lease.