Gleeds has raided Turner and Townsend for a new head of its UK infrastructure business.

Paul Knighting has been brought in as the consultant’s head of UK infrastructure, having previously worked as a director at T&T, heading up the company’s North-west infrastructure team. 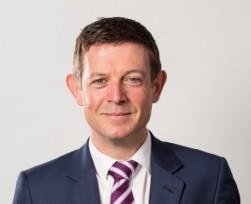 Prior to his four-year stint at T&T, he spent 12 months as director of project controls at Sweett before it merged with Currie & Brown and 10 years at Atkins.

Knighting (pictured), who started with Gleeds this month, has joined his former colleague Paul Robinson who joined the firm as its UK rail lead from T&T in November.

Robinson, who had been at T&T for more than a decade and a director since 2015, was most recently the firm’s project controls lead for the north of England, Scotland and Ireland.

The appointments follow a series of project wins for Gleeds’ infrastructure and rail teams, including schemes for Network Rail, Transport for London, Highways England and Crossrail.