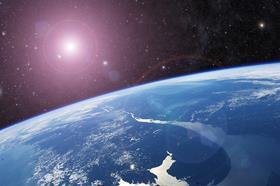 The World Green Building Council has launched a global awareness campaign on the benefits of sustainable building, ahead of the UN Climate Change Conference in Paris in December.

The council launched the Better Build Green campaign at its 2015 conference in Hong Kong.

The campaign plans to show that green buildings offer the best and most cost effective ways to tackle climate change.

It precedes the Paris climate conference where world leaders will meet potentially to sign a legally binding climate agreement.

For the first time the conference will feature a dedicated “Buildings Day” focusing on the role the built environment can play in mitigating climate change.

The decision to hold a Buildings Day there follows lobbying by built environment bodies, including the RICS.

The Buildings Day will look at how governments can set policy to reduce emissions from the built environment, how the private sector can transform the market to lower emissions, and ways to incentivise investment in energy efficiency in buildings.

Buildings Day will be attended by several worldwide industry groups, including the World Green Building Council, the Global Building Performance Network and the World Business Council for Sustainable Development.

There will also be a separate, simultaneous Buildings Day, outside of the official event, which will allow a greater number of industry groups to get involved in the talks.