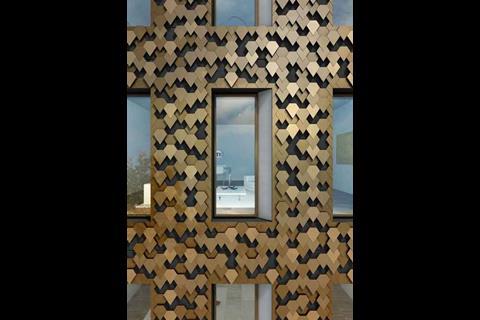 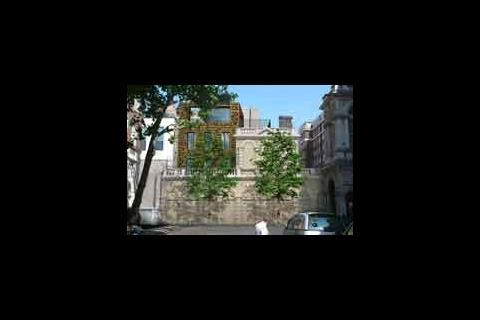 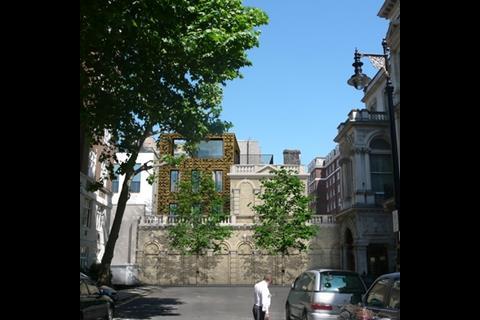 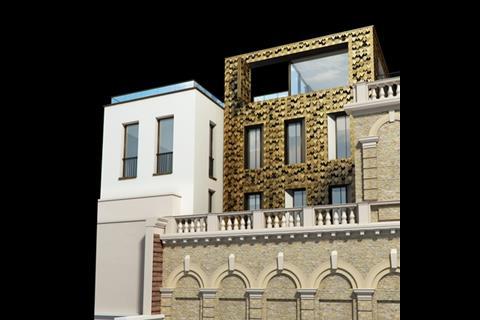 Squire and Partners has received planning permission for this private house within the Mayfair conservation area.

The project involves the retention of an 18th century public house facade on Waverton Street and new build to the remainder of the site.

The new build element takes inspiration from a nearby building covered in a Virginia Creeper and is clad in a metallic shingle whose individual elements take the form of leaves on a vine.

The private house is laid out over five stories including six bedrooms, a swimming pool, a gymnasium, a home cinema, two roof terraces and an area of green roof.

The planning committee at Westminster council described the proposal as “striking” and “raising the bar for design” within the borough.