Secretary of state for housing Michael Gove has said he is “truly sorry” for the upset caused by recent briefings about plans to demolish Grenfell Tower, which appeared in the media before they were communicated to survivors of 2017’s fire – and those bereaved by it.

In a letter to the Sunday Times yesterday, Gove said he was aware that a report carried by the paper in September had a “tremendous and justified” impact on many people affected by the fire, in which 72 lives were lost, and pledged a new era of communications. 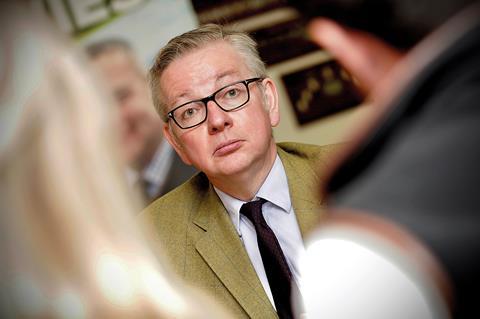 The story Gove referred to was published before he became secretary of state for levelling up, housing and communities in September’s cabinet reshuffle. He acknowledged that it had come from government sources.

“As the new secretary of state for housing, I write to make clear that I will take a different approach,” he said.

“I am determined to hear directly from the community before any decision about the future of the tower is taken, and I have begun that process of engagement.

“Any decision on the future of the tower will be communicated not through anonymous briefings, but directly and respectfully to those affected.”

September’s story said ministers were close to a decision that the tower must come down early next year on the advice of a study commissioned from consultant Atkins.

It concluded there was “unanimous agreement and unambiguous advice from all the technical experts and engineers involved in the Grenfell project that the tower should not be propped for the medium- to long-term but should be deconstructed at the earliest possible opportunity, with deconstruction commencing no later than May 2022.”

The Atkins report added: “This advice is based on protecting the safety of those working in and living around the tower.”

Grenfell United, which represents survivors and families of those who died, said many members of the community accepted that the removal of the tower would be a case of “when not if”. But it said the timeline needed to be decided by the community.

Last week Gove told members of parliament’s Housing, Communities and Local Government Select Committee that the next phase of the Grenfell Inquiry would be “very, very painful” for his new department.

The upcoming module of the inquiry will probe government’s knowledge of safety concerns in relation to high-rise buildings and regulation.

“The department itself – as the inquiry turns its attention to the department’s role – will be seen to have, on a couple of occasions, not necessarily appreciated the importance of fire safety and not necessarily done everything in the wake of the Lakanal House tragedy that it should have done,” Gove said.

The Lakanal House fire was a 2009 blaze in a block of Southwark flats in which six people died. It prompted a coroner to call on the government to urgently review safety measures for high-rise buildings.