Energy efficiency minister will submit new suite of policies to the Treasury for autumn spending review, after industry reacts furiously to axing of Green Deal 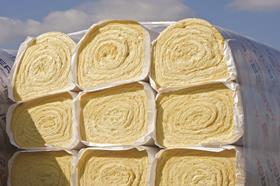 The government has told industry leaders it is aiming to get a new framework of energy efficiency policies in place as soon as the autumn, following a furious reaction to last week’s decision to axe government support for the Green Deal without consultation.

Energy efficiency minister Lord Bourne is understood to have told industry figures the Department for Energy and Climate Change (DECC) will submit a new suite of policies to be considered by the Treasury in time for the comprehensive spending review in the autumn.

The coalition government introduced the Green Deal in 2013 as its flagship policy to support the installation of energy efficiency measures in existing homes, but take-up had been disappointing.

In a meeting with industry bodies, Lord Bourne invited industry organisations to come up with ideas for a new policy framework, as well as short-term action to cover the current hiatus in work due to the government’s decision to stop Green Deal funding.

National Insulation Association chief executive Neil Marshall, who was at the meeting, told Building Lord Bourne said the government is looking to “firm up a proposed way forward” for its energy efficiency policies, and is keen to create a genuine market place for energy efficiency and insulation products.

The DECC is looking at ways to encourage and incentivise consumers who can afford energy efficiency products to get measures installed, “without relying on huge, unsustainable subsidies”, Marshall added.

It comes after Amber Rudd attacked policies which have a “permanent reliance on subsidy” in her first major speech as energy secretary.

Marshall said he spelt out industry concerns at the meeting over the impact the hiatus will have on the industry.

He said there is “really no clarity on what is going to happen to the supply chain behind Green Deal” and that “the fact Green Deal and the Green Deal Home Improvement Fund have disappeared is bound to have serious implications” for the industry.

Government figures show that more than 2,000 firms have qualified as Green Deal installers, with more than 4,000 individuals qualifying as Green Deal assessors, and 179 Green Deal providers. Marshall said that without short-term action to cover the lack of energy efficiency policies, “there could be a significant hiatus in the marketplace and significant job losses.”

Last week the department axed funding for the Green Deal Finance Company, which gave householders loans to pay for energy efficiency measures, with the government citing low take-up and concerns over industry standards. The government also stopped all future funding for the £171m Green Deal Home Improvement Fund, which allowed homeowners to claim money back for solid wall insulation and up to two other energy efficiency measures.

However, figures from DECC released on the same day as the announcement revealed that measures installed under Green Deal finance plans were at their highest ever point.

The figures show 1,295 retrofit measures were installed under a Green Deal Finance plan in May, the biggest number ever installed in a single month.

Joanne Wade,
director at the Association for the Conservation of Energy

“At the moment all we’ve had is what’s ending. Whilst we support the government taking a step back, we are very concerned about the lack of current policy.

“The focus on affordability does seem to be about cutting back on taxpayer money being spent rather than making energy efficiency more affordable. It’s a very short-term view.”

“Though well-intentioned and ambitious, the Green Deal policy was never that green nor really a deal. The link to other related policies, like minimum energy performance standards, was tenuous and never lived up to expectations. Alternative policy solutions, such as the Energy Company Obligations, have been far more effective at improving energy efficiency in buildingsand these can serve as a blueprint.”

“It’s hugely disappointing. There seems to be a general trend of the government cutting anything green they can find.

“The Green Deal was starting to show growth. The DECC’s decision seems out of step with the way the market was going.”