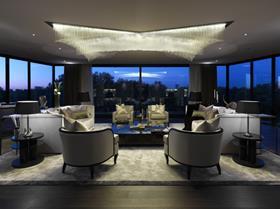 The Treasury has introduced exemptions from its planned stamp duty hike and annual tax on luxury homes owned by corporate vehicles.

Under the amended plans, residential properties worth over £2m purchased by bona fide property companies will be exempt from the planned 15% rate of stamp duty, which comes into force from April 2013.

The Treasury is also introducing the “Annual Residential Property Tax” (ARPT) on properties worth more than £2m from April 2013, which will be charged on a sliding scale between £15,000 and £140,000. Legitimate property companies will again be exempted from the tax.

Mark Farmer, head of residential at EC Harris, welcomed the introduction of exemptions to the taxes for legitimate residential investment businesses, “particularly given the growing importance of the private rented sector”, but warned the overall effect of the tax changes would “take some of the heat” out of the high-end residential market.

He added: “There’s likely to be a growing concern among wealthy individuals that this is the direction of travel in terms of increasing taxation of the purchase of high-end residential properties.

“There’s a real danger government will over-regulate and London will lose some of its competitive advantage relative to other world cities”.

There has been an 80% drop in the number of homes worth more than £2m bought through corporate vehicles since the March budget in anticipation of the new tax regime, according to research published by the Financial Times.