The government has extended the start date for the new post-Brexit certification rules for construction products by 12 months after being told that sticking with next year’s deadline would have caused chaos across the industry.

The current CE markings, which have been used to certify products across an array of sectors in Europe since 1985, had been due to replaced by the UK Conformity Assessed (UKCA) mark in just over four months’ time. 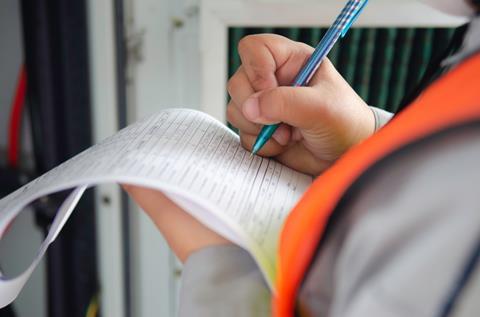 But the government has now bowed to industry pressure after repeatedly being warned that the timescale to hit next year’s deadline was unachievable.

The plan was for UKCA markings to be solely used from the start of next year, meaning that thousands of construction products faced being retested in UK facilities to obtain the new certifications at costs of up to £50,000 per test.

But products groups said some items, including radiators, sealants, adhesives, specialist glass and some types of ironmongery, could be missed off entirely because there are little or no testing facilities for them in the UK.

In May, Building revealed the Ministry of Housing, Communities and Local Government had told a meeting of the UK’s approved product testing and certification bodies it was considering scrapping the 1 January 2022 deadline for getting the new system up and running.

Peter Caplehorn, chief executive of the Construction Products Association, had previously warned the UK did not have all of the testing and certification ability and capacity to complete the switch to the UKCA mark, while Richard Waterhouse, spokesman for products specification body the NBS, said the time needed to make the switch had not been thought through.

He said: “You have to question whether any analysis was done on the volume of testing required and the capability and capacity of testing organisations to do that.”

> From the archive: Government ‘coming round’ to extending transition period for new post-Brexit certification system

> From the archive: ‘Not achievable’ to get new post-Brexit product certification rules ready in time, expert warns

The delay means the CE mark will continue into next year after the department for business, energy and industrial strategy (BEIS) agreed to push back the deadline for the UKCA stamp until 1 January 2023.

It blamed the impact of covid-19 for the decision and added: “Recognising the impact of the pandemic on businesses, the government will extend this deadline to 1 January 2023 to apply UKCA marks for certain products to demonstrate compliance with product safety regulations, rather than 1 January 2022.

“[The] announcement follows the government’s extensive and ongoing engagement with business groups and reflects the issues businesses have raised, particularly given the impact of the pandemic."

But it said it was not prepared to extend the deadline again. “Businesses must take action to ensure they are ready to apply UKCA marking by 1 January 2023, the final deadline.” The exception, it said. was medical devices, where businesses will not need to use the UKCA marking until 1 July 2023.

BEIS said it was working “with manufacturers to ensure they understand what they need to do to get ready, including through a new series of webinars”.

Some firms in the industry have previously called for the extension to be longer than the now agreed one year. In June, the boss of Rider Levett Bucknall, Andy Reynolds, said the government should extend the transition period from the EU testing regime to the new British system by two years.