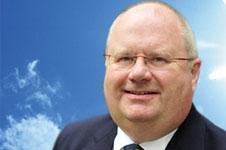 The government has sold off enough public sector land to build 103,000 new homes, surpassing a 2011 committment from prime minister David Camerion, it has been announced.

The Department for Communities and Local Government said there were plans to release further land with capacity for 150,000 homes between 2015 and 2020.

The land so-far released is spread across 899 sites, including former Ministry of Defence property in Hampshire and Worcestershire, and a former railway sidings site in East Sussex.

Communities secretary Eric Pickles said it was now up to councils and developers to turn the sites into housing as soon as possible.

“House building is at the heart of the government’s long-term economic plan,” he said.

“That’s why, rather than leaving surplus public sector land idle, we are putting it to good use by releasing it to build new homes across the country.

“This is part of wider efforts that have got Britain building again, leading to the delivery of 700,000 new homes since the end of 2009.

“I now want to see councils following Whitehall’s example and explore what they can do to release land and deliver new homes and savings for local taxpayers.”