Planning restrictions on office conversions set to be watered down 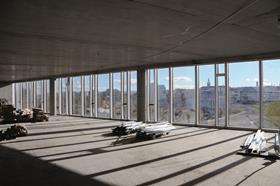 Developers will be able to convert office buildings to homes without planning permission, under changes to planning rules being examined by government.

According to press reports this morning, planning minister Nick Boles will announce a new “permitted development right” for office-to-residential conversions within days.

The Financial Times reports the City of London will be promised an exemption from the change.

These plans were watered down by including policy guidance in the National Planning Policy Framework encouraging councils to look favourably on the conversions, according to Building’s sister title Property Week.