Government to investigate delay in construction of colleges 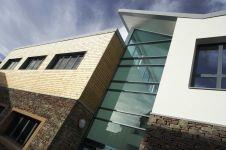 The government will confirm today that it has appointed civil servant Sir Andrew Foster to investigate the delay to the £5bn college-building programme revealed by Building earlier this month.

Skills secretary John Denham is set to announce the appointment of Foster, a former chief executive of the Audit Commission, to look into the stalling of the build programme by the Learning and Skills Council (LSC).

Building revealed on 16 January that the programme to renew the country's further education colleges was on hold after too many colleges applied for funding and projected land sales designed to part-fund the scheme fell foul of the credit crunch.

According to press reports, John Denham is “furious” the LSC has allowed the building work to stall just as the government is supposed to be injecting public funds to kick-start the economy.