The government is expected to outline ambitious reforms of the country’s planning system today which will aim to speed up housing delivery.

Yesterday chancellor Rushi Sunak promised billions of pounds of investment in building new homes but ministers want to get to grips with what many see as an arcane planning regime to accelerate housebuilding activity. 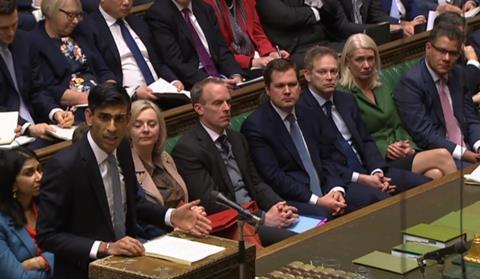 The government’s “red book”, which outlines in more detail the announcements given by the chancellor in his budget speech, said housing secretary Robert Jenrick would set out comprehensive reforms followed by a planning white paper in the spring.

It added: “These reforms will aim to create a simpler planning system and improve the capacity, capability and performance of Local Planning Authorities (LPAs) to accelerate the development process.

“Where LPAs fail to meet their local housing need, there will be firm consequences, including a stricter approach taken to the release of land for development and greater government intervention.”

Prime minister Boris Johnson wants to speed up reform after the arrival of Jack Airey, formerly the head of housing at right-leaning thinktank the Policy Exchange, as Number 10’s housing and planning adviser.

In a paper, which he co-authored for the Policy Exchange in January, Airey called for sweeping reforms to the planning system, including ending detailed land use allocations, introducing a binary zonal land use planning system and streamlining the role of local politicians when determining whether a development could go ahead.

But Stuart Andrews, head of planning and infrastructure consenting at law firm Eversheds Sutherland, said Jenrick’s announcement would “kick Jack Airey’s zoning ambitions into the long grass, and will go back to traditional ‘carrot and stick’ initiatives to bring councils into line”.