Cuts will only come in if take-up targets are exceeded 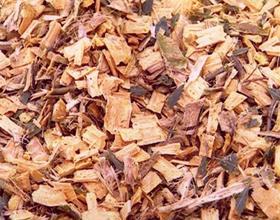 The government has unveiled plans to cut support for renewable heat technologies in non-residential buildings, despite take-up falling more than 99% short of government targets.

The Department of Energy and Climate Change (DECC) unveiled changes to the scheme that will entail the subsidies paid to building owners installing the technology fall quarterly if uptake targets are met.

Under the changes payments under the incentive will fall if deployment reaches 150% of government targets for mass market technologies or 105% for more niche technologies in each quarter.

Full details of how the mechanism to cut the tariff will work are to be laid in regulations before parliament in the spring.

However, the scheme is currently a long way from hitting government targets. The government wants to see 57m MWh of capacity to be installed by 2020, which equates to 6.3 million MWh each year.

But figures from energy regulator Ofgem show just 168MW of capacity has been installed in the first 15 months of the scheme.

Energy minister Greg Barker said the approach would ensure the scheme stayed within its fixed budget.

He said: “I am fully committed to ensuring our Renewable Heat Incentive helps as many organisations as possible get on board with a range of exciting sources of renewable heat, and at the same time stays within its means. That’s why we are introducing a new, flexible way to control spending, alongside some further improvements to the scheme.”

Bill Wright, head of energy solutions at the Electrical Contractors Association, said the department had little choice but to limit costs on the scheme.

“It will probably not be used as take up is quite low,” he added.

David Matthews, chief executive of the Ground Source Heat Pump Association, said the plans did not revise the tariff for ground source heat pumps, which GSHPA have said are beaing squeezed out of the market under the scheme by low tariff rates.

“Our sector will in all likelihood continue to stagnate until real issues are addressed,” he said.

The government plans also involve simplifying the metering arrangements for the scheme, which have previously been criticised for being overly complicated and a barrier for consumers.

Both Wright and Matthews said this was a welcome development.

Matthews added: “It’s training and new competencies that will make a difference in this sector and we will continue to work with Ofgem on this important matter.”