Renewable Heat Incentive: The heat is on 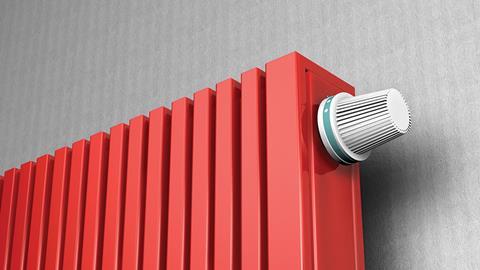 Nearly half of all the energy consumed in the UK is used to produce heat. The government has recognised that if it is to meet its target to generate 15% of its 2020 energy consumption from renewable sources, it needs to do something about heat - and quickly.

Yet only around 2% of current heat demand is met by renewable sources. The coalition estimates that if overall renewable targets are to be achieved, 12% of heat needs to come from renewable energy by 2020 - a near six-fold increase from today’s levels.

The Renewable Heat Incentive (RHI) is the principal mechanism for driving this tough transition. The world’s first such scheme was launched at the end of 2011 and aims to bridge the gap between the cost of fossil fuel heat sources and renewable heat alternatives through financial support for owners of participating installations. A tariff, payable in terms of p/kWh of heat generated, is available for eligible technologies, including biomass boilers, ground source heat pumps and solar thermal.

Figures from the Department of Energy and Climate Change (DECC) show that take-up to date has been lower than expected. Some building owners have been put off by their experiences with the government’s feed-in tariff scheme for renewable electricity, where tariffs were slashed after the scheme became too popular; the tailing-off of the market for solar photovoltaics saw many installation contractors give up on the renewables sector. The RHI has also garnered a reputation for a lengthy and bureaucratic approvals process and onerous metering requirements.

Ground source heat pumps are a robust, secure, long-term carbon reduction solution, whereas we have always viewed biomass as a short-term solution

Surprisingly, some technologies hardly figure at all in the data. Biomass boiler installations account for a staggering 99% of RHI applications by heat generated (93% by number of installations) and the coalition is seeking to stimulate take-up of technologies such as ground source heat pumps by proposing to increase the tariffs available, by as much as three times the present rates, while largely holding biomass tariffs at current levels.

An announcement on the proposed tariff increases is due this autumn, alongside plans to increase the scope of the RHI to include technologies such as air source heat pumps, biomass direct air heating, biogas combustion, biomass and bioliquid combined heat and power and deep geothermal. The changes are expected to start in spring 2014, alongside the much-delayed introduction of the domestic RHI scheme (see box, below).

There is no doubt that ground source heat pumps are an excellent engineering solution, particularly if a scheme has simultaneous demand for heating and cooling to maximise its benefits. “Ground source heat pumps are a robust, secure, long-term carbon reduction solution, whereas we have always viewed biomass as a short-term solution,” says Saud Muhsinovic, director at Mott MacDonald Fulcrum. “With biomass, you are passing on transportation and fuel supply issues to whoever is running the building.”

Of course, you cannot make a direct comparison between the two technologies. “A large part of the market is retrofit,” points out Paul Thompson, head of policy at the Renewable Energy Association. “There are a lot of oil-fired boilers out there, so there’s a huge amount to be said for swapping out a boiler for one that offers a better solution.”

In London, planning drives you towards district heating and combined heat and power (CHP) at the expense of other technologies

Biomass is simply a much cheaper and easier way of generating renewable heat and many industry practitioners remain unconvinced that even generous tariff increases for ground source heat pumps will have the desired impact. “It’s difficult to see that it’s going to have a big effect,” says Hope Bennett, sustainability consultant at engineer Max Fordham.

“Yes, it will provide a better payback but the high capital costs will still be a deterrent and the technology is only suitable for certain situations.”

Planning issues also seem to be preventing widespread take-up of heat pumps, at least in major cities. The DECC’s RHI data highlights the rural bias of applications, with only 1% of approvals in London. “In London, planning drives you towards district heating and combined heat and power (CHP) at the expense of other technologies,” explains Anthony Coumidis, director, engineering and environmental initiatives at McBainsCooper. Indeed, the London Plan has an energy hierarchy of: 1) Be lean: use less energy; 2) Be clean: supply energy efficiently; and 3) Be green: use renewable energy - in that order. CHP doesn’t qualify for the RHI.

The mayor of London is committed to delivering 25% of London’s energy supply by decentralised energy by 2025 and planning is at the heart of the programme that has been developed to accelerate the uptake of district heating. “Planners prioritise district heating,” says Steve Hale, director at Crofton Design. “If you can’t link up to a local heat network, then the preference is for CHP plant because you could decouple that and link to a heat network if one becomes available at a later date.”

Neil Pennell, head of sustainability and engineering at Land Securities believes that it’s time for some joined-up government. “It’s a good thing that more funding is being made available to developers and owners prepared to make investments in those technologies that have longer paybacks, such as ground source heat pumps,” says Pennell. “The government has been trying to incentivise the take-up of renewables for a number of years now but we are only going to hit our targets if we have some joined-up thinking, for example on the conflict between planning and the RHI.”

The government has promised to remove some of the obstacles to greater take-up of the RHI, including reducing the administrative burden on industry by simplifying the metering arrangements. Yet, it seems that if the UK is to make the great leap forward towards significant amounts of renewable heat generation, it needs to take a close look at its own conflicting policies.

The government is predicting a big take-up. “We anticipate 3.9TWh of renewable heat will be supported through the domestic scheme by 2020/21, equating to around 745,000 installations cumulatively over that period,” says a DECC spokesperson.

“We expect to see steady growth in installations over the next few years.”

Anyone who has installed a renewable heat technology since 15 July 2009 will be able to join the scheme. DECC will offer an extra set payment of £230 per year where consumers take out metering and monitoring support packages for heat pumps and £200 for biomass boilers.

Applicants will need to complete a Green Deal Assessment before submitting their application and must ensure they have met minimum loft (250mm) and cavity wall insulation requirements. All installations and installers must be certified to the Microgeneration Certification Scheme standards.

In the run-up to the domestic roll-out, DECC’s Renewable Heat Premium Payment (RHPP) scheme has provided one-off payments to subsidise the capital costs of equipment. Householders may also be able to get help with the upfront costs of the renewable heating kit under the Green Deal. Householders who receive money under RHPP will have this amount deducted from any future RHI payments to avoid a double subsidy.

With the delayed launch, government will hope that renewable heat captures the public’s imagination and helps it meet its targets. “The government has identified a target contribution of 72TWhs from heat by 2020 in order to meet our 2020 renewable energy target. Our interim target was to reach 4.04% of total energy from renewables as an average across 2011/12. Statistics released in July showed that we actually achieved 3.94% across those years, short by 0.1%, but within the margin of error for a statistical estimate,” says the DECC.