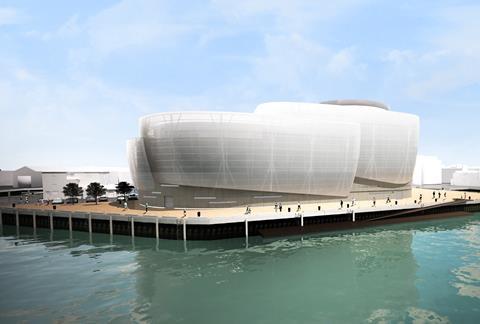 Hampshire practice HGP Architects has been given planning to build a new headquarters in Portsmouth for Ben Ainslie’s challenge on the America’s Cup.

Ainslie is the most successful sailor in Olympic history, winning four gold medals across the last four Olympics.

Now he has turned his attention to mounting a challenge for one of the best-known yachting competitions and wants to enter a British boat to contest the prize, probably in 2017, against holders Team Oracle USA. Weekend newspaper reports said the government was considering ploughing £8 million into Britain’s attempt to win the Amercia’s Cup for the first time.

Ainslie was a member of the American team that beat a boat from New Zealand in the deciding race last September at San Francisco.

Ainslie’s venture is called Ben Ainslie Racing and the new base at Camber will be used as a team headquarters for design and training, boat building and public visitor centre.

The new building is expected to be completed next May.