Feilden Clegg Bradley Studios has been given the green-light for a 22-storey mixed-use building in Manchester city centre.

The High Street development, which references nearby Art Deco buildings – such as the grade II-listed Sunlight House and Rylands Building – won the backing of members of the authority’s planning and highways committee at a meeting earlier this month.

Set to deliver 361 new apartments as well as ground-floor retail space, the development will also reopen historic routes through the site as arcades, including the reinstatement of Stationer’s Court as a publicly accessible covered square.

The plans, drawn up for client CEG, also involve the creation of a selection of one- and two-storey market stalls at nearby Church Street to replace facilities that will be lost under the High Street proposals.

Other working on the scheme opposite the Arndale shopping centre include project manager and cost consultant RPS, building services engineer Hoare Lea and structural engineer WSP. 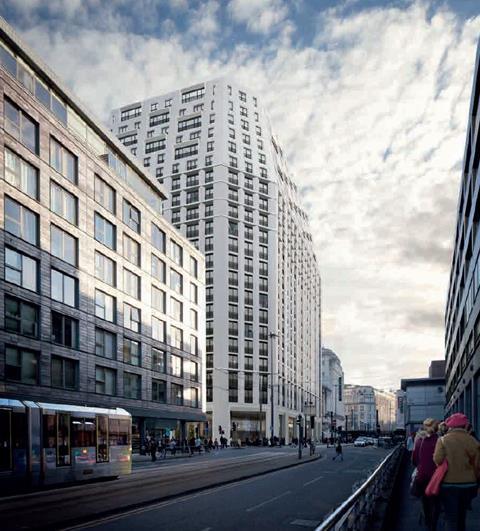